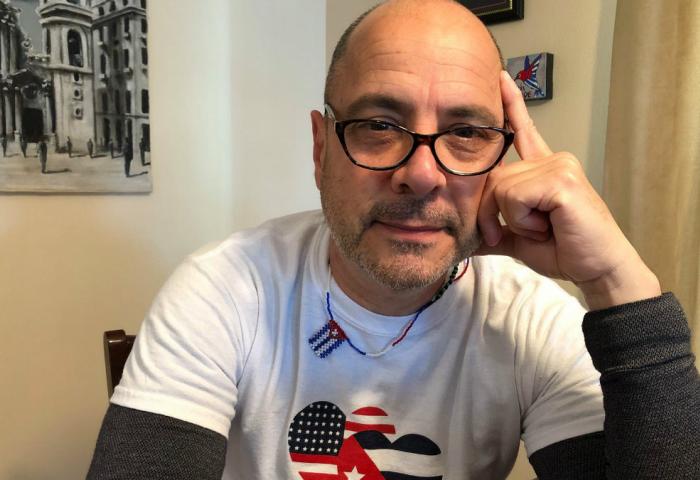 Carlos Lazo Organizer of Bridges of Love
Statement on the events that have taken place in Cuba in the last few hours.

Lester D. Mallory, vice secretary of state, wrote in a secret State Department memo in 1960: “The only foreseeable way to detract from [the Cuban government’s] domestic support is through disenchantment and dissatisfaction arising from economic malaise and material difficulties… all possible means must be used quickly to weaken the economic life of Cuba… a course of action that, being as skillful and discreet as possible, achieves the greatest progress in depriving Cuba of money and supplies, to reduce its financial resources and real wages, to cause hunger, despair and the overthrow of the Government.”

That’s there. That’s no secret to anyone. And the goal of Trump’s actions was to bring that about, helped by the pandemic; lead Cubans to despair. The goal is to overthrow the Cuban government, provoke a confrontation between brothers and let the blood of the people run.

Biden, stealthy, maintains the same policies imposed by his predecessor. Will it work? Those who, from Miami, incite the Cubans of the island to take to the streets, will they be in those streets leading the protests? Will the one who, from the distance of a cell phone, whips up revolt and bloodshed go there to lay down his life? Because it could be that, after 60 years of the macabre formula for Cuba, the formula will work.

Whatever happens, we, from here, as Cuban Americans, will continue to advocate for the building of bridges of love between the peoples of Cuba and the United States. We are opposed to anything that encourages violence and confrontation between the children of Cuba.

We do not support anything that calls for Cubans to confront or kill each other. Good policy, dialogue, reconstruction and peace are the only useful ways for Cuba. Fratricidal confrontation is precisely what those who have tried for decades to get Cuba to explode want to achieve! That could be used as a pretext for aggression from outside Cuba. Only those who have never seen a bomb tear a child apart can wish for that hell! That is what those who, in the desire to defeat the Cuban government, do not care about the land that saw them born in blood want!
I have been to war. I’ve seen the bombs fall. I cannot wish that for my people, nor for any people.

We believe that the formula for achieving a more prosperous, democratic and inclusive Cuba must be accompanied by the lifting of the blockade that has punished Cuba for sixty years. And sooner rather than later, we’re going to lift it! Love wi ll prevail over hatred and we will build #PuentesDeAmor.

God bless Cuba. May God Bless America. May God bless the world. And may the Copper Charity extend its protective mantle over the Cuban people.

The 23rd consecutive monthly Miami Caravan against the U.S. blockade on Cuba was a great success!