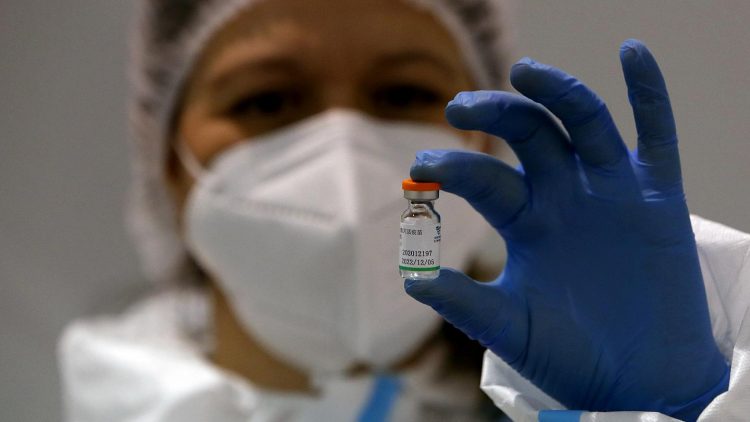 The news that the island would use the Chinese Sinopharm vaccine in Cienfuegos, along with a booster dose of Soberana Plus, has raised many questions and, in practice, means renouncing the repeatedly repeated purpose of vaccinating all Cubans with only drugs. developed on the island.

This Sunday the vaccination process against COVID-19 began in the Cuban province of Cienfuegos. The fact would not be a novelty in Cuba — which already has three of its own immunogens approved by the island’s regulatory authority — were it not for a detail: Cienfuegos will be immunized with a scheme that contains a Chinese vaccine.

The news that the island would use the Chinese Sinopharm vaccine has raised many questions. What is its cause? Why use a foreign vaccine whose efficacy is lower than that shown in clinical trials by those created on the island? Why use it now and not before?

These questions arise, in part, from the statements of authorities and specialists disclosed so far in the official Cuban media, according to which the island would become the first country in the world to immunize its entire population with its own vaccines and promised to produce 100 million doses to achieve it. The official propaganda even recycled the slogan of the failed 1970 sugar harvest, the so-called “10-million-ton harvest,” which at the time generated criticism and controversy.

Nothing indicated that there would be a change in plans, even due to the fact that the Cuban authorities had given up participating in the COVAX mechanism of the World Health Organization (WHO), which aims to bring vaccines to countries in need.

However, the truth is that a few months later and in the midst of the worst moment of the entire pandemic in the country, Cuba decided to use the Sinopharm vaccine together with a booster dose of Soberana Plus, which in practice means renouncing the repeatedly repeated purpose of immunizing its entire population only with its own drugs. This happens, moreover, when only around 30% of the population has completed the immunization scheme, a figure well below what was initially envisaged for the date.