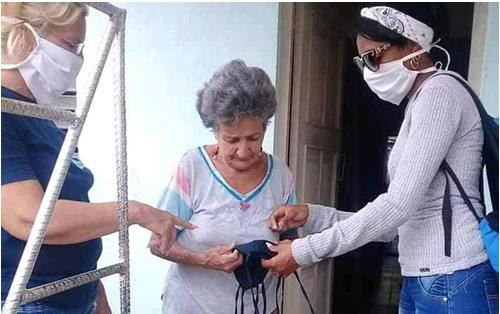 Attention to the most vulnerable people becomes a permanent policy in Cuba, even in the exceptional context the economy is going through. Under the principle that no one is left helpless or left to their own devices, the Government approved financing, through the State Budget, temporary economic aid to the beneficiaries of social assistance who receive monetary benefits, to assume the cost of the regulated family basket, additional rice and hygiene products that are delivered in a controlled way through the ration book.

The decision became effective as of this September and this is in addition to the benefits and services offered through the social security system.

This financial aid, which is granted in correspondence with the composition of the family nucleus, has already been received by 161,574 beneficiaries of social assistance, in the postal units where they usually collect the monetary benefit. The payment will be extended until next September 15.

According to a note sent to our newspaper by the Ministry of Labor and Social Security, this measure is consistent with the policy of social benefit that the Cuban Revolution has historically defended, and ratifies the will of the Government to give priority attention to those who need it most.