Cuban government on private sector: “we all have the responsibility to build a prosperous and sustainable socialist society” 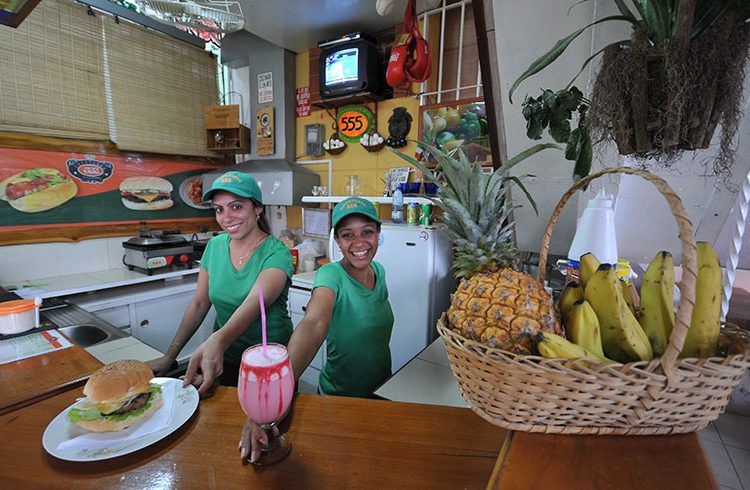 A meeting of self-employed workers, non-agricultural cooperatives and executives of the state business system with representatives of the government, the Communist Party and the National Assembly of People’s Power, chaired by the President of the Republic, presented contributions and difficulties in this sector.

Hours before the 8th Congress of the Cuban Communist Party (PCC) began, the island’s government ratified its interest in continuing the development of the cooperative and private sector that it encompasses under the term “non-state management (FGNE),” a group that it considers “a priority” for the economic development of the country.

In this regard, Prime Minister Manuel Marrero Cruz stressed that “beyond the form of ownership and production, the most important thing is to be clear that we all have a responsibility to build a prosperous and sustainable socialist society.”

The meeting of self-employed workers, non-agricultural cooperatives and executives of the state business system with representatives of the government, the Communist Party and the National Assembly of People’s Power took place this Thursday and was chaired by the President of the Republic.

In his presentation, Marrero Cruz recalled that since October 2010, when the expansion of self-employment was approved, in addition to having experienced a sustained increase, with more than 600,000 jobs created, there was a change in the “erroneous perception that being self-employed was not a job” and that “if it was considered as such, it was not well regarded.”

“The main contribution of the forms of non-state management has been to complement the state sector of the economy, which has been reinforced in recent times based on the Economic-Social Strategy and the 43 measures for the strengthening of the socialist state enterprise, without neglecting the improvement of self-employment,” he said.

“The Revolution is not going to hand over the non-state sector—which is recognized in our programmatic documents, in our Party congresses—to the enemy,” Diaz-Canel emphasized.

“The non-state sector,” he added, “is ours. It is seen as an economic actor in the country’s socialist development process, and we have all the capacity to work together and contribute…to the Economic and Social Development Plan and the Vision of the Nation.”

For economist Oscar Fernández, what was said is “what was missing to finish sweeping away those who have been determined to obstruct this change of concept, essential for the development of Cuban socialism.” Meanwhile, analysts such as Julio Carranza believe that the meeting “bodes very well for the essential and comprehensive economic reform that the country needs to be able to advance in a firmer and more coherent manner, as many colleagues have been proposing for a long time.”

The Cuban prime minister also referred to the “diversity of trades” and “the impact that this sector has had on the economy” with a direct impact on the population and sectors such as tourism. “Its contribution to the treasury today is one of the most important income in some municipalities in the country,” he said.

According to Marrero, “the legal regulations that will implement an unprecedented expansion of self-employment are now being concluded…, opening the possibility of incorporating many more trades and activities, even joining several through projects with the same license.”

The reaction to the meeting has had a rapid impact, in addition, among entrepreneurs with a continuous presence on social networks. Oniel Díaz, founder of the AUGE private consulting firm, considers that “a meeting like this and with the statements of the president and the PM, hours before the Congress of the PCC, is what would be called the confirmation of a trend: there will be no going back. And the meeting should not be interpreted only as a message to public opinion but to those who try to stop, misapply and obstruct. The reiteration that what is being done is consistent with the governing documents of the country, which is boring to some, may sound rhetorical but it is not. They do not speak to us but to those who silently undermine and those who oppose them,” he said on his Facebook profile.

In this sense, Marrero himself had pointed out that it is only necessary for the new legal norms “to be implemented well, that they not start with obstacles, which will require a great effort from the municipal authorities and institutions, which will be responsible for the processing, approval and control of these projects.”

He put as an example the non-agricultural cooperatives, whose approval as an experiment is from March 2012. The fact, he said, implied “a new experience, where in many cases it was the same workers, in their same work centers, who went from employees to partners, a process that has been nuanced by some shortcomings.”

“The most important thing about this form of management is that in a system like ours it is a more socialist form, therefore, it is towards where a set of retail service activities could gradually move, focused today on state-owned enterprises that divert the government’s attention from activities with the greatest impact on the economy.”

Marrero explained that the experiences, deficiencies and mistakes made in the formation and operation of non-agricultural cooperatives are undergoing an in-depth analysis to gradually move on to another stage of generalization of the experiment, a process that is already being assessed. In the same way, he outlined the development of micro, small and medium-sized enterprises (MSMEs), “a form of management and ownership (state and non-state) that is also endorsed in the governing documents and the Constitution.”

“We have a challenge ahead of us, and the government, as well as reaffirming its vision about the role that the socialist state enterprise has to play in the national economy, ratifies the priority and importance in the consolidation and development of other forms of non-state management,” he said.

254 thoughts on “Cuban government on private sector: “we all have the responsibility to build a prosperous and sustainable socialist society””