Actions by the Joe Biden administration, in refusing to share the U.S. government-owned patent of the coronavirus vaccine, ensures the profits of the rich who own the giant for-profit pharmaceutical and medical insurance monopolies. It also guarantees that tens of thousands more will die — just as in Brazil 5,000 are dying per day for lack of vaccines.

But there is another approach championed by Cuba, the World Health Organization and World Trade Organization: free vaccines for every single person in Cuba and for every country in the world that wants it by ending the “intellectual property rights” of the vaccine and allowing others to manufacture it.

This was the policy of Jonas Salk who developed the polio vaccine six decades ago. He gave it freely to the world.

It’s essential that all workers and their families get vaccinated to stop coronavirus and reach what is known as “herd immunity.” Working people, farmers and youth have been decimated by layoffs, job combinations and speedup, accelerated by the pandemic. Our response must be to band together where we work to defend our jobs, wages and to campaign on a national level for a public works program to create millions of jobs at union-scale wages, with safety committees organized by us.

Moderna, Pfizer, AstraZeneca and other pharmaceutical companies received $2.3 billion in government funding (i.e., our tax dollars) for vaccine research, development and distribution. Yet they refuse to share their vaccine formula.

This medicine-for-profit approach, along with protectionism, and vaccinating rich countries first leaves billions in underdeveloped countries without the possibility of vaccination for months to come, if at all. Prolonging the pandemic will continue to devastate the livelihood of millions, and increase the potential of viral mutations that can sweep across the globe, as we are already witnessing.

Most of the 142 countries enrolled in Covax, a program run by the World Health Organization, are in dire straits. The Guardian reported in January that Africa, with a population of 1.3 billion, will receive only 140 million doses by June, at best. And the Covax program is unraveling as pharma giants prioritize deals with the highest bidders.

More than 7 billion vaccine doses had been purchased globally, with 4.2 billion going to major capitalist countries, the Guardian reports.

The truth is the scarcity of vaccines is created by the workings of capitalist for-profit medical systems. Rather than mobilize all the resources of society, vaccine creation and production is left to the “market” and its “profit motive.” There are many facilities internationally that could produce the vaccine if given the hoarded formula. The winners hope to make trillions. Working people are the losers.

Cuban people greeted with excitement and pride the progression of late-stage trials of two of the five vaccines they developed — Soberana 2 and Abdala —with Cuba becoming the first Latin American country to make its own vaccine. It will vaccinate 1.7 million people — most of the adult population of Havana — by the end of May. The goal is to inoculate 70% of the population by August, the rest by the end of the year, Dr. Ileana Morales Suárez of Cuba’s Ministry of Health reported on Cuban television.

How is Cuba able to do this?

• Vaccination is free of charge.

Cuba’s goal is not only to provide inoculation against COVID-19 to its people, and to anyone who visits Cuba, but also to make it available around the world. Cuba’s government is organizing to provide free vaccines to the most exploited nations and at a sliding scale to others.

Like other internationalist aid Cuba has provided around the world, the vaccine development is done under the principle, “We don’t give what we have left over. We share what we have.”

While Cuba has the vaccine in near trial completion, they lack syringes and vials. Thus, an international campaign in Europe and in the U.S. (through the “Saving Lives Campaign”) is raising money to buy and send these critical, yet simple, medical supplies. For more information and to assist, contact the Los Angeles U.S. Hands off Cuba Committee at: la.us.handsoffcuba@gmail.com 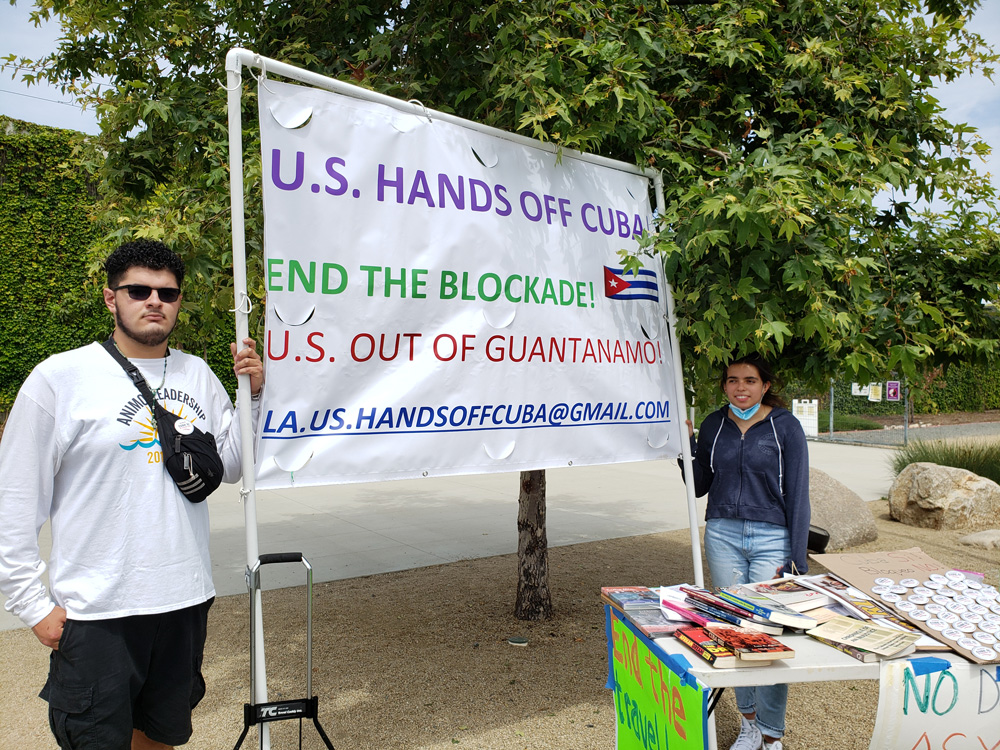