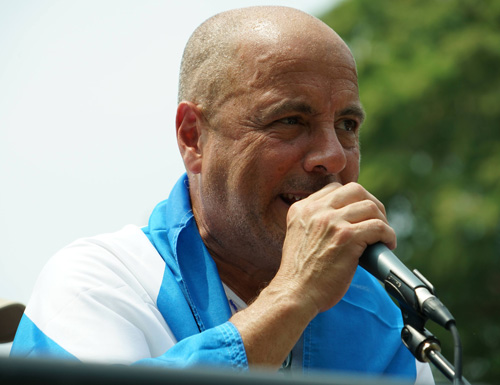 FALSE! THIS IS FALSE!

For the second consecutive day, the image of the #PuentesDeAmor initiative and my name is being used for actions whose objectives are not clear and to promote falsehoods and misrepresentations.

It is circulating in social networks, a story that #PuentesDeAmor calls for a march in Cuba, against the blockade, to be held in November. THIS NEWS IS FALSE. #BridgesOfLove has not called for any caravan in Cuba in November.

The success of #PuentesDeAmor, as well as the affection with which it has permeated the imagination of Cubans and non-Cubans, and diverse people from all over the world, has those who hate and undo it nervous.

We denounce the haters who, from the anonymity of the networks, try to confuse and destroy the #PuentesDeAmor. They will not succeed.

They are not confronting a person, a leader, or an ideology; they are confronting a people, from here and there, diverse Cubans, united in love. And against love, there is no one who can!

Díaz-Canel meets with the Executive Director of Pastors for Peace