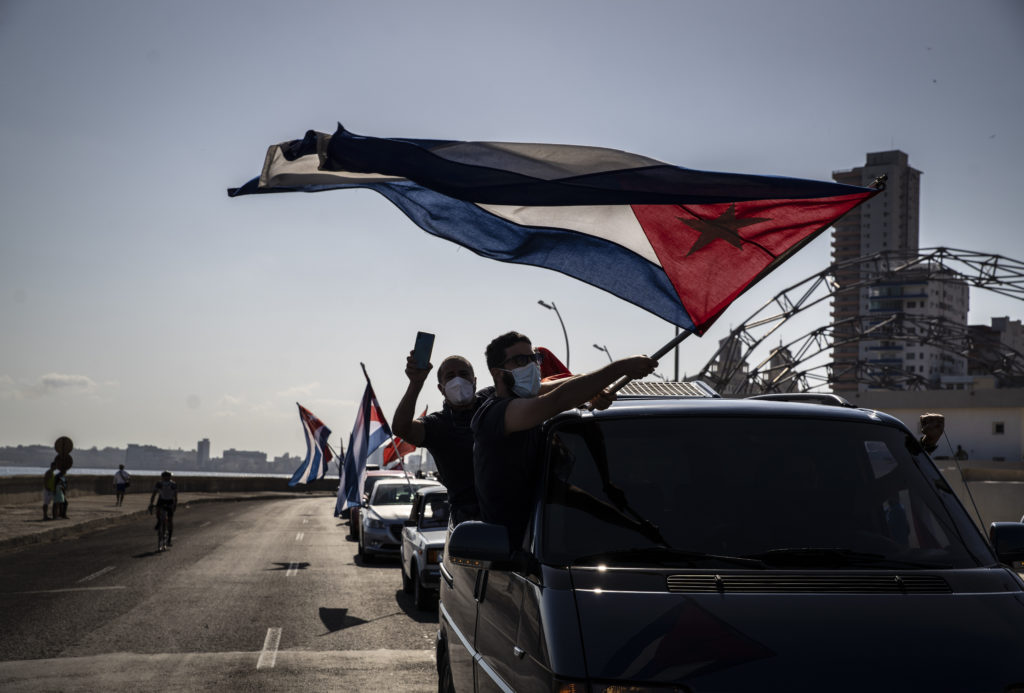 Washington, D.C.— As the Biden administration inches forward with the initial phase of its policy review on Cuba, Senator Amy Klobuchar (D-Minnesota), along with Senator Jerry Moran (R-Kansas) is introducing legislation to lift travel and trade restrictions with the island. The Freedom to Export to Cuba Act is likely to win support from farm and business groups interested in trade and export opportunities, and others who favor a new approach to Cuba. The bill exemplifies the broad support that exists for pursuing a policy toward Cuba that benefits both countries, after years of a counter-productive approach.

While Biden administration officials have indicated that Cuba policy is not a priority, the introduction of this legislation reflects growing sentiment for action on Cuba policy. Members of Congress and constituent groups see Cuba policy change as in the best interest of the United States. And there is a growing awareness of the humanitarian issues in Cuba, with the country in the midst of one of the worst food shortages in over 25 years and an 11 percent contraction of the economy.

“It’s time for the Biden administration to take action on Cuba. Senator Klobuchar’s bipartisan bill shows that there’s support for doing so,” said WOLA President Geoff Thale, a leading expert on U.S.-Cuba relations who founded the organization’s Cuba program in the 1990s. “Maintaining the Trump-era status quo benefits no one. This bill represents a key opportunity to move back towards a path of normalization and reengagement.”

In December, WOLA and the Center for Democracy in the Americas (CDA) outlined how the Biden Administration can enact meaningful policy towards Cuba in The United States and Cuba: A New Policy of Engagement, which included detailed recommendations around both legislative and executive action. The Freedom to Export to Cuba Act includes key elements of that process. Its bipartisan character makes clear how broad and diverse the interests and the constituencies are for a new policy.

As a key author of this roadmap, Mr. Thale will be available for comments regarding this bill, its significance, and the opportunity it represents for deeper engagement with the island.

International Solidarity Meeting with Cuba: Denouncing the Blockade and the Challenge of Anti-Imperialist Unity