Lift the embargo. Fight the pandemic. 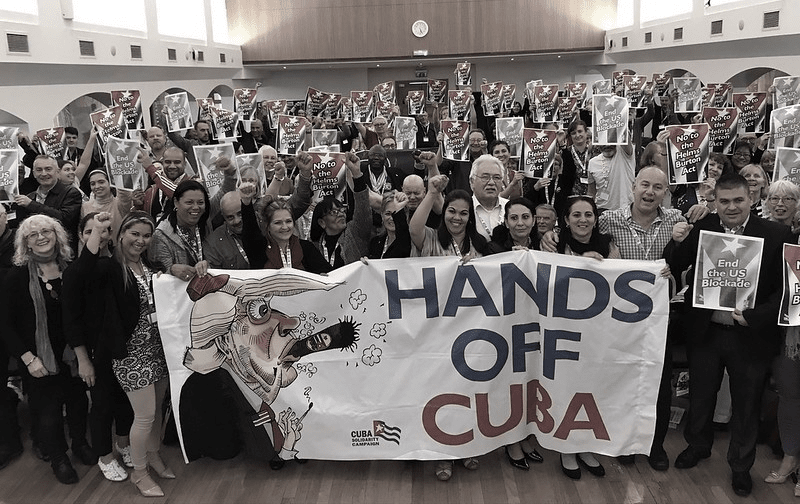 Covid-19 illustrates the logic of international solidarity: we are only as healthy as our sickest neighbour.

But governments around the world are responding to the pandemic by hoarding supplies, blocking essential aid, and blaming foreigners for their own failed response.

Cuba, meanwhile, has led with solidarity. Cuban medical brigades and doctors are operating in over 20 countries around the world — in Europe, Africa and across Latin America. For the first time, Cuban doctors have been deployed to northern Italy, and in Andorra, one newspaper noted the arrival of the Cuban medical brigade has helped save their health care system from collapse.

The United States, however, continues to punish the Cuban people with its illegal and inhumane blockade. Even in the midst of this unprecedented pandemic, the US has threatened foreign governments for accepting Cuban medical support, and even used its blockade to prevent essential supplies donated from China — masks, tests, and ventilators among them — from reaching Cuban shores. Estimates of the embargo’s damage to the Cuban medical system last year alone exceed $100 million.

Cuba is not alone. Punishing US economic sanctions remain in place for countries including Iran or Venezuela. While UN human rights officials have called on the US to “waive sanctions that undermine the capacity of Cuba and other countries to respond effectively to the pandemic and save lives,” these calls have been repeatedly ignored.

We are campaigning with the Cuba Solidarity Campaign to end the embargo and support Cuba’s efforts to combat the pandemic around the world.

The Cuba Solidarity Campaign is a UK-based organisation fighting to lift the illegal blockade of Cuba, to end the US occupation at Guantánamo Bay, and to defend the Cuban people’s freedom from foreign intervention. With more than 5,000 members and over 400 national, regional and branch trade unions in the UK, the Cuba Solidarity Campaign exemplifies internationalist principles in practice.