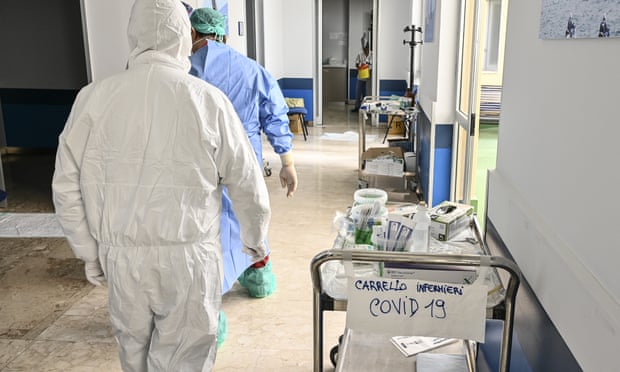 by Lorenzo Tondo in Palermo

Authorities in Sicily have asked Cuba’s government to send about 60 healthcare workers, including doctors and nurses, to the region as hospitals in the Italian island struggle with a shortage of medical personnel during the second coronavirus wave.

The request was filed this week to the Italian embassy in Cuba and refers to intensive care specialists, nurses, anaesthetists, resuscitators, virologists and pneumologists, the Italian newspaper la Repubblica reported.

Between March and April this year, Cuban medical teams landed in some of Italy’s worst-hit regions, including Lombardy and Piedmont, to replace overworked Italian professionals.

Other medical brigades have fanned out across the world to fight Covid-19 in 20 other countries, from South Africa to Suriname.

“The Cuban government has teams of doctors and nurses who are willing to travel to other countries to work, and we asked for their help’’, Renato Costa, Sicily’s Covid-19 emergency commissioner, told la Repubblica. “We know that in recent weeks other regions in Italy have asked Cuba for help, too. We just hope they will come to us first. I am in contact with the embassy, which has welcomed our request.”

On 4 November, Rome designated Sicily as an “orange zone”, at high risk, mainly because of the lack of health facilities and beds in intensive care units.

On Monday, Italy’s government asked health inspectors to investigate whether Sicily attempted to avoid going into the high-contagion-risk red zone by inflating ICU bed numbers – the most important parameter to determine in which zone to place a region.

There were a further 48 deaths in Sicily on Tuesday; the highest daily toll since the beginning of the pandemic.

The Covid second wave has exposed Italy’s shortage of intensive care staff. Many medics have chosen to leave the profession or take early retirement after the trauma experienced in the spring. Italy’s doctors’ federation said that 27 medics had lost their lives within the last 10 days, while 27,000 health workers had become infected over the past month.

There were a further 722 coronavirus-related deaths in Italy on Wednesday and 25,853 new infections.

“The purchase of the vaccine will be centralised’’, said Speranza. “I have very great faith in the regulatory agencies set up to ensure its safety, but we’ll still have to resist a few months, then a new phase will be opened; we can’t afford a third wave.”