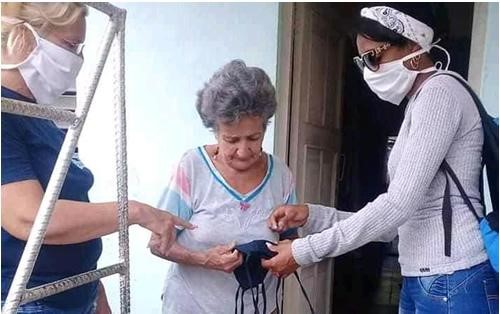 After the implementation, last January, of the Ordering Task, which led to an increase in the monthly payment to those assisted, 124 offices were set up in the territory to channel the procedures of those people who declared themselves vulnerable.

CAMAGÜEY.— Just for social assistance, the Cuban State assigned in the current 2021 to this province, with a population of almost 765,000 inhabitants, a budget of 157 million pesos, an amount that represents more than 93 million more than what was delivered during the previous calendar.

Yaniris Hernández Vento, provincial director of Labor and Social Security, explained that a part of this financing is used to care for people declared vulnerable because they lack sufficient economic income to meet the basic needs of the family nucleus.

It specified that, in addition to temporary or exceptional monetary benefits, said body also assumes, according to the type of social problem, the payment of other services, such as nursing homes, grandparents’ homes, food, social assistance to domicile (caregiver) or delivery of resources.

After the implementation, last January, of the Ordering Task, which entailed an increase in the monthly payment to those assisted, 124 offices were set up in the territory to channel the procedures of those people who declared themselves vulnerable to the new economic scenario of the country.

“In all cases, Yaniris Hernández Vento pointed out, the social workers are in charge of carrying out, together with the community organizations, a socio-economic evaluation of the family nucleus and then submitting the proposals for the approval of the municipal Labor and Safety directorates. Social”.

“It is appropriate to clarify, said the director, that social assistance protects the elderly without resources and without protection, and any person who is not physically or mentally fit to join the job and who, in addition, lacks obligated family members in conditions to provide them help”.

In keeping with the economic transformations taking place in the country and under the principle of subsidizing people, not products, the benefits of social assistance are currently reaching, in one way or another, 10,176 families in Camagüey, with what which offers protection to more than 16,000 citizens.