May 5, 2022 International Solidarity, MAY DAY 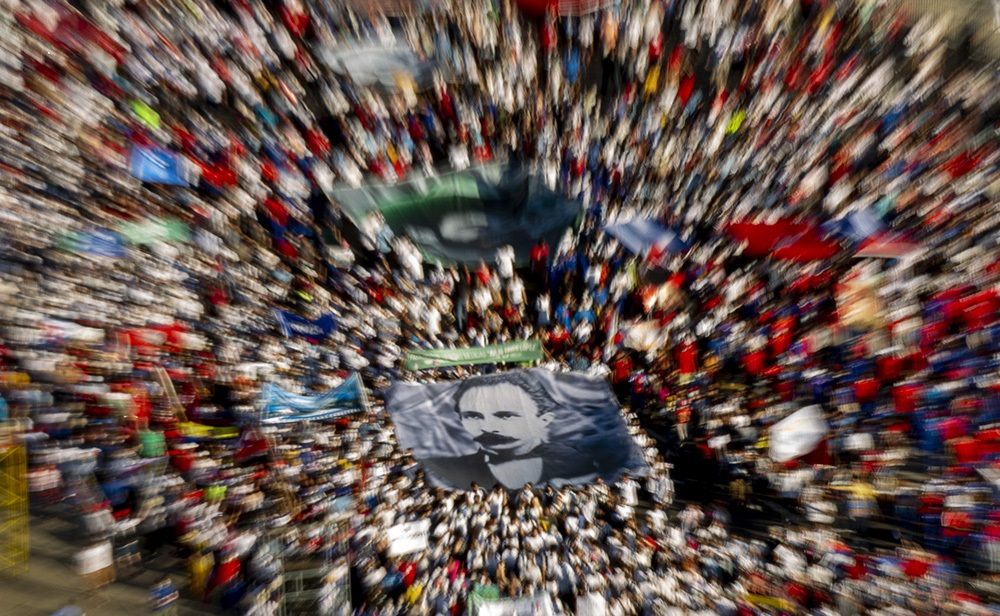 02 May 2022
Translated by Walter Lippmann for CubaNews.

This May Day 2022 the squares were once again filled with workers, celebrating THEIR day, in THEIR country and defending THEIR project of socialist society.

Any serious analysis of the political situation in Cuba has to start from that reality. There is a consensus on the socialist social project.

In the words of José Martí, “Unity of thought, which in no way means the servitude of opinion, is undoubtedly an indispensable condition for the success of any political program…”.

Then we also have, and they are welcome, differences of opinion on the concrete means to achieve the society we want, and on whether, here or there, by this picture or the other, we are doing it well, regularly or badly. Or about whether one or another specific decision contains more dangers than opportunities, or vice versa. Or whether we are moving at a good pace, taking into account the limitations of the global economic context (which are impossible to ignore) or whether we are letting ourselves be trapped by the institutional inertias of bureaucratic rationality.

That is another matter. But the unity of thought on the objectives of the social project cannot be touched, nor can anyone be allowed to try to touch it.

In our history, we have always had this dilemma between unity and differences. And the people, and their great leaders, have always had the wisdom to identify where the healthy and inevitable difference ends, and where the questioning of the essential begins. It is a dividing line that cannot be blurred.

Ignacio Agramonte had disagreements with Carlos Manuel de Céspedes, but the day he heard the censures made of the revolutionary government by his officers, he reacted harshly saying: “I will never allow people to whisper in my presence about the President of the Republic”. That was the red line that could not be allowed to be crossed.

Consensus on the essentials is a collective construction of decades, if not centuries, and it is very difficult to achieve. Other countries have not achieved it on very sensitive issues: the United States has not achieved it on its racial problem; several European countries have not achieved it on the problem of nationalities and immigration; and there are many other examples to study. It is not a question of leaders making good or bad decisions at a given moment, or of good or bad laws being passed; the problem is cultural, and in these cases it is that they do not have a collective consensus on what needs to be achieved.

We in Cuba do have that consensus, on the essential purposes of the project of coexistence; and that consensus, built by decades or centuries of thought and struggles, is a treasure, and as such we must take care of it and transmit it intact to future generations of Cubans.

We need it like air and water, so that Cuba remains Cuba, and Cubans are proud to be so. And that is why our adversaries always attack that social consensus as a priority, and try to fragment it, because they know that it is the basis of everything: the basis to be able to advance, to be able to work, and even to be able to disagree.

The hostility against the socialist project in the media, especially in the “anti-social” networks is relentless. We know it. And we revolutionaries have to learn to “take the networks”, just as we take the streets and the squares.

On this May Day, the contrast between the hostile and mediocre anti-Cuban garbage circulating on the internet; and the tangible and cultured expression of unity of the workers in the revolutionary plazas, reminded us of the concept José Martí put forward when he wrote about the founding of the Cuban Revolutionary Party in April 1892: “What a group ambitions, falls; what a people wants endures”.

Yesterday, May Day, 130 years later, the Cuban people spoke, and said once again in the squares of Cuba, loud and clear, what they want.

And it will endure.