Cubans in the US ask for an immigration solution 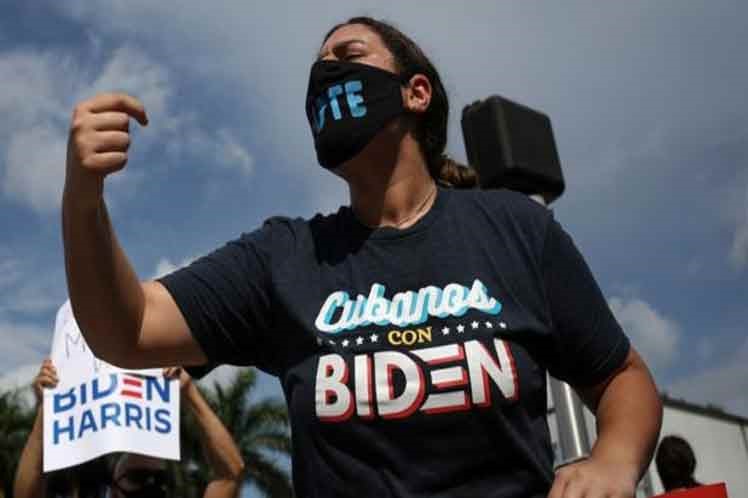 Cubans in the US ask for an immigration solution

Washington, Mar 16 (Prensa Latina) Cuban groups in the United States are intensifying their requests to find a solution that allows the reunification process with their relatives in Cuba. After the White House withdrew most of its diplomatic staff from its embassy in Havana in 2017 following the illness of a high number of them as a result of as of yet unknown cause, more than 100,000 Cubans are awaiting their visas to reunite with their families in the United States, according to official figures from the State Department.

Spokesmen for President Joe Biden’s government say the administration is reviewing its policy toward Cuba, while facing pressure from minority groups and Cuban-American members of Congress against a rapprochement with Havana.

According to figures up to November 2020 provided by a report from the State Department, there are 78,228 immigration files of Cuban families still pending in the National Visa Center, which places Cuba among the 10 countries with the most unsolved cases.

According to the noembargocuba.com Digital Platform, the President has the authority to unilaterally modify the US blockade on Cuba.

That power exists despite Congress’s attempt to ‘codify’ the US Treasury Department regulations that shape that policy.

In short, the authority to unilaterally end the embargo on Cuba rests on the constitutional primacy of the president’s office in the management of US foreign relations.

Gun battles at sea: Cuba says it was in shootouts with boats heading to pick up migrants