Culture and challenges of the pandemic 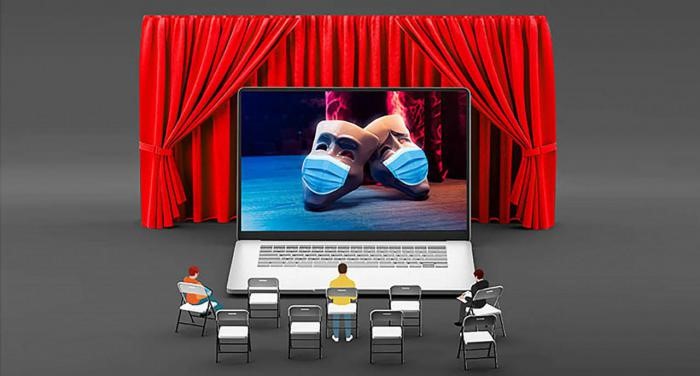 Unesco has said it clearly: “It has been a crisis of devastating proportions, which has impacted the creative and heritage industries, and has exacerbated the vulnerabilities and inequalities of the sector”

Enough catastrophes and wars have come to demonstrate the ability of art and culture not to be buried.

The challenge has been raised again for a little over a year: COVID-19 exceeds 3.5 million people died in the world, and everything indicates that the number will continue to increase, while artists try to weather the tide so that the need for sustenance does not force them to abandon the reason for their existence.

But it is happening everywhere, as the responsibility to contain the spread of the virus forced the closing of doors to museums, cinemas, festivals, theaters, in addition to reducing the production of the so-called “cultural industries”, all of which gives rise to a shocking figure, born from a survey: 12% of artists are considering the possibility of dedicating themselves to something else.

Unesco has said it clearly: “It has been a crisis of devastating proportions, which has impacted the creative and heritage industries, and has exacerbated the vulnerabilities and inequalities of the sector.”

The Internet has made it possible for some events to continue to be held online – and our country is an example of this – but it is never the same, without losing sight of the fact that just under half of the world’s population has access to connectivity and a proclaimed cultural diversity, which It is not such, since what predominates in it is the dominance of a standard product promoted by cultural transnationals.

The number of what’s offered does not increase cultural diversity, but rather manipulates and commercially appropriates it, while diminishing the options of national cultures, swept away by a proselytizing crusade specialized in proclaiming as “the most” what the entertainment industry mints, a mechanism that existed, but which in times of pandemic has become opportunistic.

At the same time, a utilitarian philosophy is promoted, determined to show that in these days of restlessness and extreme care so as not to get sick, while what the public wants to “consume” is the easy and banal, away from any intellectual requirement that forces them to think, to there the television resurgence of a second-rate Hollywood that already seemed to be cornered in a well-deserved eternal dream.

As few would have thought, the pandemic has hit art and culture hard. Humanity, like other times, will get ahead. The essential thing is to do it without leaving too many shreds in the way.

97 thoughts on “Culture and challenges of the pandemic”