Distinction for National Culture given to researcher Tomás Fernández Robaina 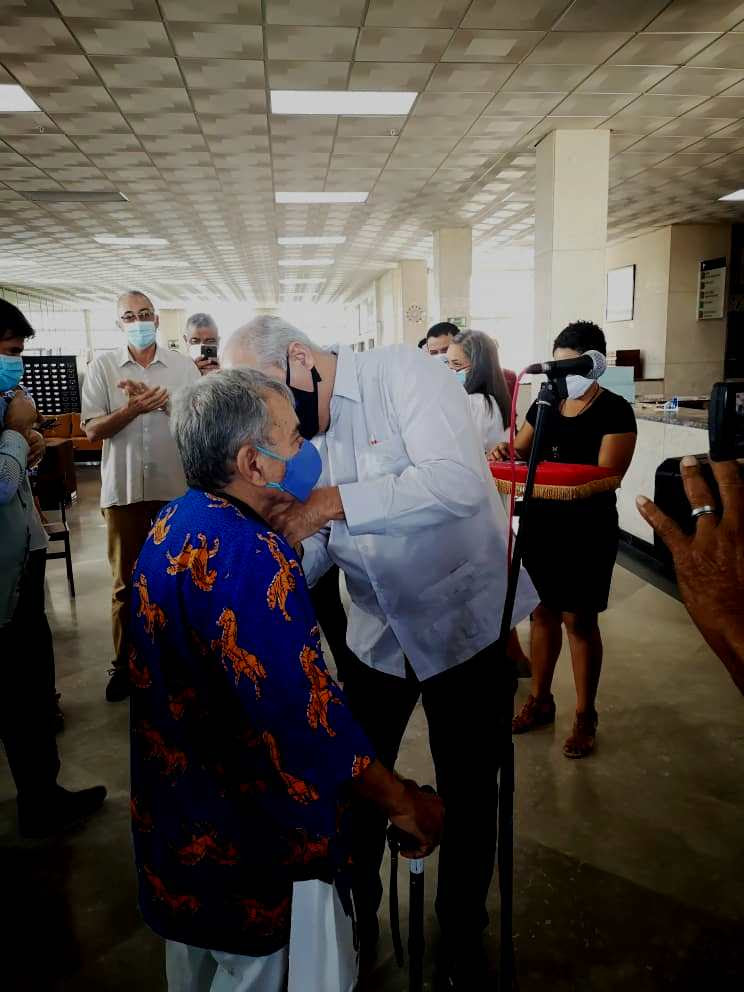 In the act of tribute to the researcher of the National Library Tomás Fernández Robaina, for his 80 years of life, the Minister of Culture Alpidio Alonso Grau presented him with a distinction for National Culture, in recognition of his outstanding work in the field of research librarianship and cultural and social issues for more than 50 years.

The words of praise were given by the writer Victor Fowler, who highlighted the admiration and special affection that Tomasito has aroused in many people, for his solidarity, cooperation and, above all, dedication to Cuban culture, of which he is a worthy representative.

During the activity, held at the National Library, completing all the protection and physical distancing measures, a panel dedicated to Tomás Fernández Robaina (Tomasito) was held, who will be 80 years old on March 7. The panelists were Roberto Zurbano, Lazara Hernández and Miguel Viciedo, who referred to the extensive work of Tomasito, as a librarian, writer, researcher and dedicated worker of the National Library. In addition, some testimonies from foreign researchers who have received courses, consultancies and collaboration on Tomasito research topics over many years were presented in a virtual way.

In the presentation words, Omar Valiño Cedré, director of the BNCJM pointed out that it is a privilege that this institution has someone like Tomasito, who is an example of consecration and dedication to the National Library.

Tomasito thanked all the organizers for this tribute and expressed that he did not expect the distinction received, because he has always worked with love and dedication to society and the Revolution.

Researcher at the National Library and professor at the University of Havana, Tomás Fernández Robaina is a prolific author on Afro-Cuban issues. He began writing in 1968 and in 1994 he wrote El Negro en Cuba 1902-1958: Notes for the history of the fight against racial discrimination – see his extensive bibliography. He is also an Advisor to the Ortiz Foundation and a member of UNEAC and the National Committee of Slave Routes of Cuba, as well as several other bodies, as described in his Curriculum Vitae.

In 1994, he published what is to our knowledge the first book that addresses the subject of the 1912 Massacre, after 1959: The black in Cuba: notes for the history of the fight against racial discrimination (1900-1958). In May 98, Tomás Fernández Robaina held a round table on the theme Los Independientes de Color and the Massacre at the National Library.

Tomás Fernández Robaina is a member of the Brotherhood of Negritud and of the Aponte Commission.