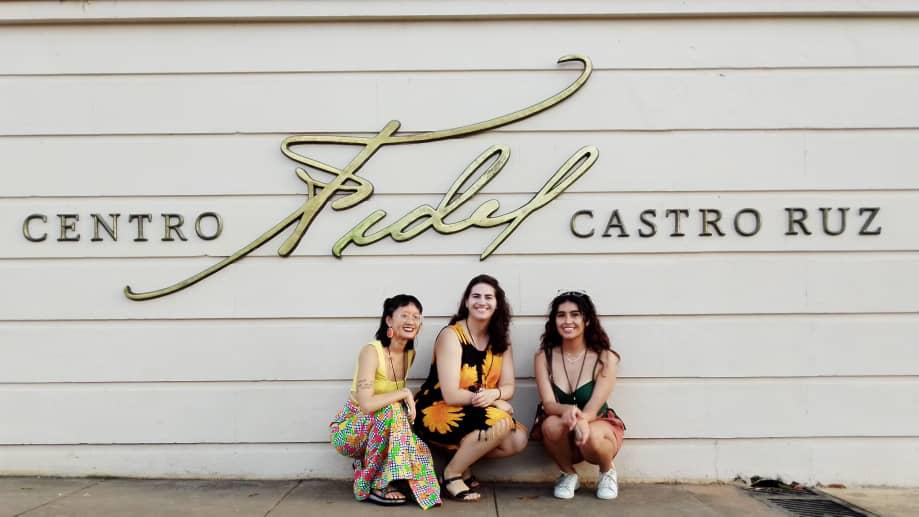 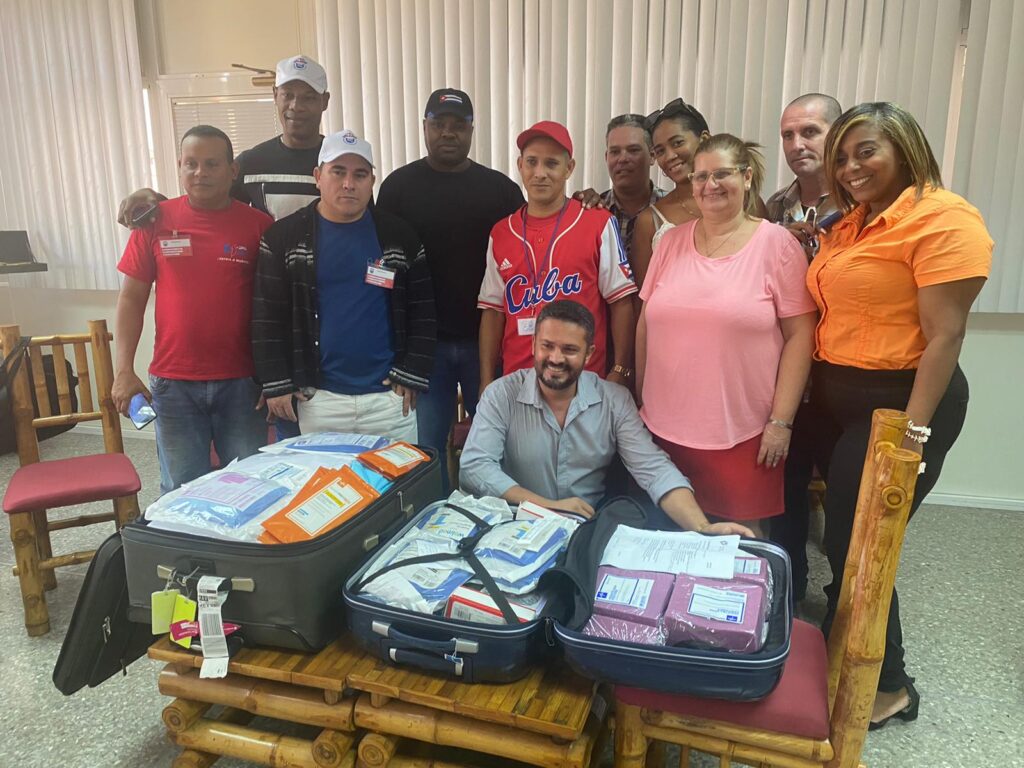 A delegation of three young women, including myself, from the LA Hands Off Cuba Committee visited Cuba November. 24-27 in order to build unity and collaboration between young people working to bring an end to the United States’ more than 60-year long, genocidal blockade and sanctions on Cuba.

The delegates from LA participated in an educational and solidarity building conference: Building our Future Today, U.S. Cuba – Youth Friendship Meeting, hosted by the Young Communist League (Unión de Jóvenes Comunistas, UJC), Latin American and Caribbean Continental Organization of Students, the Cuban Federation of University Students FEU), and the Cuban Federation of High School Students along with more than 50 others from various U.S. solidarity groups, including the US colony of Puerto Rico. The events included workshops, cultural exchanges, visits to the Latin American School of Medicine (ELAM) and the Center for Genetic Engineering and Biotechnology (CIBG), as well as observation of local elections for Municipal Assembly representatives, elected from candidates nominated by the public.

We also met separately with representatives from the Workers’ Central Union of Cuba (Central de Trabajadores de Cuba, CTC) the Federation of Cuban Women (Federación de Mujeres Cubanas, FMC) to learn and exchange about the conditions facing Cuban people under the blockade as well as the revolutionary advances of workers: free health care and education, gender and racial equity, and climate planning. We also attended the CTC’s 6-year memorial of the passing of President Fidel Castro.

Our discussions with the CTC and FMC leadership focusing on expanding anti-blockade activities, supporting Puentes de Amor, building a delegation from LA of unionists and young committee activists.

The conference passed a resolution that can be summarized as follows.

We commit ourselves to continue to work together to build the US movement against the US blockade of Cuba, to end the sanctions and remove Cuba from Washingtons “terrorist nations list. We are in solidarity with the Cuban Revolution and its internationalism. We denounce and demand the end of the blockade that hinders Cuba’s development and denies the American people the medical, cultural, and intellectual advances that Cuba has to offer.

As part of the solidarity efforts, delegates from our committee delivered two suitcases of medical equipment to be distributed by the CTC to a polyclinic in the Pinar del Rio region, an area particularly in need of supplies in the aftermath of Hurricane Ian. A third suitcase was donated to the Latin American School of Medicine (ELAM) where students from all over the world study medicine for free, training to return to their countries and working-class communities as proficient doctors.  (Suitcases of medical aid are available for free for all US visitors going to Cuba. {Not Just Tourists will deliver them to you before your departure, you pay only the extra baggage fee.   Contact them at **@NJ*.net}

While visiting, a number of effects of the blockade could be seen first-hand: the scarcity of certain foods and medicines due to lack of ability to trade with US-affiliated institutions, elevated prices, fuel shortages, and scheduled power outages.

Delegates left more determined than ever to fight for an end to the criminal sanctions that leave Cubans suffering needlessly.  We say let Cubans decide how they want to live and not punish them for a system that prioritizes free access to education, health care, racial and gender equity, human dignity and acts of international solidarity with liberation fighters and working people worldwide.

At the invitation of the Cuban National Aquarium, the LA Hands Off Cuba Committee is planning another delegation, open to those interested, to attend the January “For the Balance of the World” conference.

Let Cubans enjoy the fruits of the revolutionary system they have chosen for themselves. Hands off Cuba Now! Remove Cuba from the Washington’s list of “terrorist nations.”