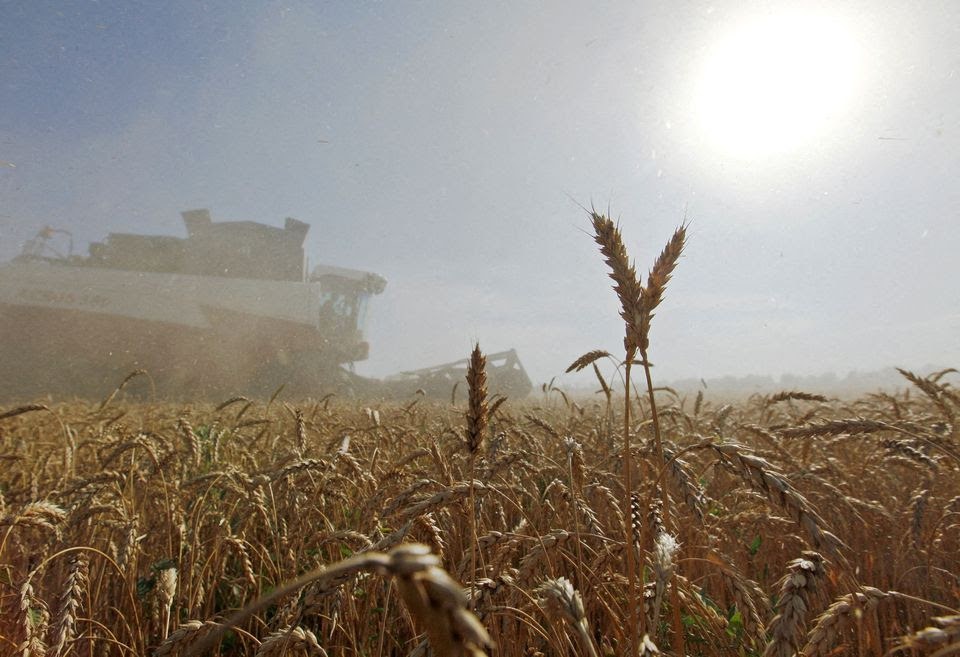 A combine harvests wheat in a field in the settlement of Sredniy in the Stavropol region, Russia, July 7, 2016.
REUTERS/Eduard Korniyenko/File Photo

HAVANA, April 21 (Reuters) – Russia on Thursday donated nearly 20,000 tonnes of wheat to political ally Cuba, a welcome gift to the Caribbean island nation beginning to feel the pain of soaring global prices for grains following the war in Ukraine.

Russian ambassador to Cuba Andrei Guskov said at a ceremony that his country´s government had agreed last year to send the grains to Cuba.

But the ship transporting the wheat, Guskov said, was stalled off the island for a month by Western sanctions imposed on Russia after its invasion of Ukraine. Banking-related restrictions had complicated Russia´s payments to the shipper, he said, making it impossible for the boat to offload and “convert the wheat to bread for Cubans.”

“What happened clearly shows that the unilateral, coercive measures adopted against Russia, like those applied against Cuba, harm the lives of ordinary people,” Guskov told reporters.

The substantial donation of wheat – used to make the bread that is a basic, government-subsidized staple in Cuba – is the latest in a series of overtures between the communist-run government and Russia.

Cuba on April 7 joined China, North Korea, Iran, Syria, and Vietnam in voting against a resolution adopted by the U.N. General Assembly that suspended Russia from the U.N. Human Rights Council over its reported rights abuses in Ukraine. read more

Cuba and Russia have a long history of economic and military collaboration since Fidel Castro’s 1959 revolution, though in recent decades those ties have faded.

Russia, one of the world’s largest wheat exporters, continues exporting grains to Cuba and other trade partners despite sanctions that have complicated logistics.

Spiraling costs for wheat, other grains and fuel have contributed to already severe shortages that force citizens to line up for food, medicine and other basic goods. read more

Reporting by Dave Sherwood in Havana; editing by Grant McCool

Cuba: 60 Years of a Brutal, Vindictive, and Pointless Embargo

If tourism goes well, the economy will not be far behind