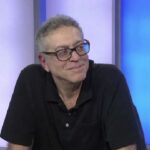 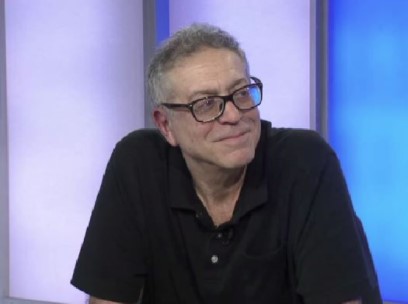 My name is Ike Nahem. I am a retired railroad engineer and trade unionist living in New York City. It is an honor for me to participate in this event, named after the great revolutionary fighter Rosa Luxemburg.

The International US-Cuba Normalization Conference Coalition, which I represent here, unites hundreds of anti-blockade organizations and activists from the United States, Canada, Quebec, Puerto Rico and across the Western Hemisphere. Please check out our Website at www.us-cubanormalization.org for more information.

We are making big advances in our anti-blockade work, even under the terrible conditions of the COVID-19 pandemic. Since postponing our International Cuba Conference in New York last March, we organized a series, 11 so far, of excellent and well-attended webinars, all on the website. Subjects included Why There Are No George Floyds in Cuba and a Celebration of the Life of Fidel Castro on his August 13 birth date. Many thousands of people participated in these webinars and signed up to get involved.

We also launched the Saving Lives Campaign for US-Cuba-Canada Medical Cooperation (savinglivescampaign.org). This effort has helped get 9 City Councils, including San Francisco, Cleveland, Pittsburgh, and Cambridge, Massachusetts to pass official anti-blockade Resolutions, with many more in the pipeline.

Our highly successful Weekend Concert and Conference Against the Blockade last November 13-15 adopted an Action Plan and Timeline to Defeat the Blockade in 2021.

The Donald Trump Administration, over the last four years, ratcheted up anti-Cuba measures, attempting to asphyxiate the socialist island. We are convinced that — under the pressure of events in US, Hemispheric, and world politics –the emerging political conditions to deal decisive blows to the US economic and political war on Cuba have never been greater.

Trump’s accumulating anti-Cuba measures were implemented through so-called Executive Orders. All of these could be reversed on day 1 of the incoming Joseph Biden Administration.

Biden has said he wants to return to the policy shift carried out under the 2nd Barack Obama-Biden Administration. That represented a partial, tactical retreat by the US rulers: the remaining Cuban Five heroes were freed; formal Washington-Havana diplomatic relations were established; travel restrictions were eased; and people-to-people exchanges were expanded. But the US extraterritorial economic and political war on Cuba has remained legally intact, in place, and enforced to this day.

Biden and his team remain committed in principle to the historic imperative of US imperialism to overturn the living example of the Cuban socialist revolution. They ludicrously hope to pressure Cuba to abandon its solidarity with Venezuela in particular — and with Latin America and the Caribbean as a whole — in the coming period of heightened class struggles across the Americas. That will never happen!

The repeated Trump-led failures to overthrow the Venezuelan government; the ignominious collapse of the US-Canada-led coup in Bolivia; and the ongoing COVID disaster in Latin America have greatly changed the political terrain, representing a serious political problem and, as we say, hot potato, on “The Cuba Question” for the incoming Biden Administration.

Never have US anti-Cuba policies been so politically isolated and held in contempt across the Americas and in the world. And the blockade has little resonance and clear majority opposition within the US population today, including in the more polarized Cuban American community.

Growing numbers are seeing the contrast between the COVID-19 capitalist horror show in the US and Cuba’s amazing advances in containing and conquering the pandemic at home, combined with the inspiring example of Cuban medical internationalism and the Henry Reeve Brigades around the world. I know you will be highlighting this in your Conference.

Florida, for example, is home to a large Cuban American population and has been an historic base for the US government’s attempts to destroy the Cuban Revolution. Florida has a population of 22 million people, around double Cuba’s 11.3 million.  As of December 24, Florida had over 1.2 million COVID cases, with 20,994 deaths. Cuba since the beginning of the pandemic has had 10,384 COVID cases, with 139 deaths. In just one day, December 24, Florida had more cases and deaths than Cuba has had in total! Of course, the capitalist media here does everything possible to suppress such facts.

Our Action Plan culminates in the call for internationally coordinated protests in cities in the US, Canada, and worldwide on May 21, 2021, the date the United Nations General Assembly is scheduled to again vote overwhelming against the blockade. We are working closely with the Cuban Institute for Friendship With the Peoples in this effort. We join in celebrating ICAP’s glorious 60th Anniversary!

Let me close by urging your Conference, and the comrades you organize with across Europe, to unite in struggle with Cuba solidarity organizations and activists worldwide to bring these May 21 protests to dozens and dozens of European cities.

Let’s build a powerful, broad, non-sectarian, international united front around the beautiful cause of defending revolutionary and socialist Cuba!

In the spirit of Rosa Luxemburg and Karl Liebknecht, Fidel and Che:

Ike Nahem is a retired Amtrak Locomotive Engineer and Teamsters Union member. A longtime anti-imperialist, socialist, and Cuba solidarity activist and leader, Ike is a founder and organizer for the New York-New Jersey Cuba Si Coalition, a member of the US National Network on Cuba, and a central organizer of the forthcoming March 18-20 International US-Cuba Normalization Conference in New York City www.us-cubanormalization.org. Ike is the author of many published, widely circulated essays online including The Life of Fidel Castro: A Marxist Appreciation and To the Memory of Malcolm X: Tribute to a Revolutionary. Contact Ike at ikenahem@gmail.com.