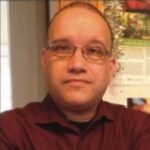 The Canadian Network On Cuba condemns the manipulation of the July 11 events in Cuba by reactionary politicians and the monopoly media in order to create a climate of disinformation and confusion that will be used to justify so-called humanitarian intervention in the heroic island nation.

Specifically, we denounce the U.S. ongoing economic war and campaign of subversion against Cuba. Washington’s hand in orchestrating the protests is undeniable. It is quite revealing that at the exact time the protests were occurring in Cuba, simultaneous demonstrations were organized at Cuban embassies and consulates in cities across the world.

The U.S. government has openly funneled millions upon millions of dollars to so-called opposition figures with the sole aim of destabilising and undermining Cuban society. The leaders of the protests openly fraternize and collaborate with U.S. officials, choosing to cavort and cooperate with a regime that sets as its explicit goal the asphyxiation of the Cuban people, the extinguishing of Cuba’s independence and the overturning of the immense social achievements of the Cuban Revolution.

The criminal, illegal and immoral U.S. economic sanctions against Cuba are designed to strangle and starve the people of Cuba. The goal is to suffocate the Cuban economy for the purpose of generating shortages and hardships that would lead to Washington’s longed-for massive social unrest that would then serve as a pretext to intervene in Cuba. This is at the heart of the more than 60-year U.S. economic and subversive war against Cuba, the longest lasting regime of sanctions in history,

“The only foreseeable means of alienating internal support is through disenchantment and disaffection based on economic dissatisfaction and hardship…every possible means should be undertaken promptly to weaken the economic life of Cuba…denying money and supplies to Cuba, to decrease monetary and real wages, to bring about hunger, desperation and overthrow of government.”

On June 23, for the 29th consecutive time, the United Nations General Assembly overwhelmingly rejected the U.S. economic war against Cuba by a vote of 184 to 2.

In the midst of the COVID-19 pandemic and in the face of international condemnation of its war on Cuba, Washington has not only maintained the cruel and vindictive economic, financial and commercial blockade of Cuba but has also imposed additional punitive measures, severely limiting the island nation’s access to equipment and other necessary items required to preserve the health of Cubans. Despite these daunting challenges, Cuba has one of the lowest COVID-19 fatality rates – 0.65% – in the world.

Poignantly, despite this incessant and unceasing war, Cuba has been if not the global leader in the fight against COVID-19, one of the leaders who has contributed in the most self-sacrificing manner. Almost 4,000 Cuban medical personnel have participated and are participating in at least 39 countries and territories on the front lines of the fight against the coronavirus. They are deployed in Latin America, the Caribbean, Africa, Asia, Europe and the Middle East. In recognition of its heroic deeds, Cuba’s internationalist medical contingent – the Henry Reeve International Medical Brigade against Disasters and Serious Epidemics – has received numerous nominations for the 2021 Nobel Peace Prize.

Moreover, Cuba has developed its own vaccines for the coronavirus: a direct challenge to the west’s monopoly over this vital medical technology. Indeed, as one Cuban resident surmised, the protests may have been timed “to take international attention away from the fact that Cuba now has an official Covid vaccine which is comparatively low cost to make, doesn’t require complex technology and comes from a country which, after its own population is vaccinated, wants nothing more than to make it available to the world.”

These latest attempts to destabilize Cuba are the continuation of the  war waged against Cuba since the triumph of the Revolution in 1959, which overthrew the U.S.-backed police state of Fulgencio Batista. The aim is to reimpose U.S. domination, hegemony and tutelage over Cuba and control the entire Caribbean, Central and South America.

The Canadian Network On Cuba (CNC) expresses its resolute solidarity with and support for the Cuban people and their Revolution as they defend themselves against the latest act of all-sided aggression launched by the U.S. government against the island.

The CNC further reaffirms the inalienable, inviolable and inextinguishable right of the people of Cuba – and all other peoples – to determine their future and their political, economic and social system on their own terms  without external interference from any source: a right enshrined in the United Nations Charter and numerous other international treaties, covenants and legal instruments.

We call on the Canadian government to live up to its obligations under the UN Charter, the OAS Charter, international law and its responsibilities as a member of the international community by denouncing and condemning the continuing US aggression against Cuba.

The CNC is confident that Canadians, who have travelled to Cuba in their hundreds of thousands and have witnessed Cuban reality for themselves, and supported Cuba since the time of the Revolution, will reject all schemes whose aim is to aid and facilitate Washington’s goal of eliminating Cuba’s example of independence, justice and human dignity.