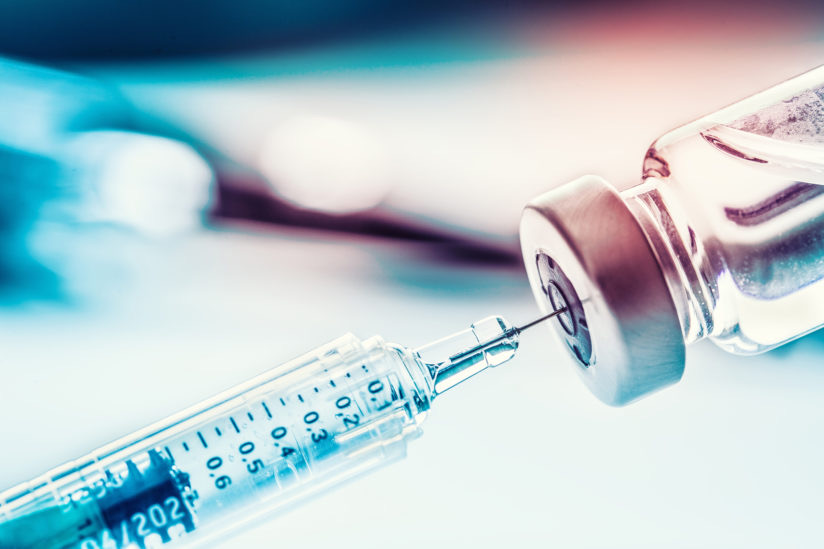 A dangerous coalition of anti-science, anti-vaccine organizations such as Freedom Angels has joined with right- wing militias in denouncing efforts to stop the spread of coronavirus, and impeding healthcare advocates, doctors and scientists. This, plus the general distrust in the government has meant that 30% of the population, including a third of health care professionals, have decided NOT to take any of the available vaccines against the coronavirus.

What is the science and why I urge everyone to get the vaccine when offered, continue to use masks and physical distancing to stop this pandemic and avoid large gatherings regardless of your political beliefs? More than The World Health Organization, which Trump refused to help fund, hardly a “radical” body has this to say: (zero yoga program you’re ready for https://www.who.int/news-room/q-a-detail/vaccines-and-immunization-what-is- vaccination?adgroupsurvey={adgroupsurvey}&gclid=CjwKCAiA25v_BRBNEiwAZb4- Za7lSwi72NAm5ZNQ444QmLSg5eWKqotVZ3FbppQkbgaERy22cmvGRhoCrxMQAvD_BwE)

What is a vaccination?
“Vaccination is a simple, safe, and effective way of protecting people against harmful diseases, before they come into contact with them. It uses your body’s natural defenses to build resistance to specific infections and makes your immune system stronger.

Vaccines train your immune system to create antibodies, just as it does when it’s exposed to a disease. However, because vaccines contain only killed or weakened forms of germs like viruses or bacteria, they do not cause the disease or put you at risk of its complications. In total, vaccines are estimated to save between 2 and 3 million lives every year.” The anti-Covid-19 vaccines contain viral RNA.

Only by an overwhelming majority of the population being vaccinated and thus immune to Covid-19, will we develop what is called “herd immunity.” Immunity can arise either from the vaccination or by having and recovering from a coronavirus infection.

This is what has been accomplished thru other vaccines like Polio, Measles/Mumps/Rubella, smallpox, cervical cancer (HPV- affecting many male and female sexually active youth), Yellow fever, rabies, cholera… and your annual flu shot. The science works—and all children must receive vaccinations to attend public school. Where this has not happened, such as in some religious communities, there is a disease outbreak that threatens many.

Individual freedoms are important, but when that negatively impacts the rest of society and the right of survival and health of the majority, it should not prevail. One’s religion should not be an excuse either to exempt people. If that stood, we would never reach societal immunity.

Are vaccines safe?
WHO website again “Vaccination is safe and side effects from a vaccine are usually minor and temporary, such as a sore arm or mild fever. More serious side effects are possible, but extremely rare. Remember, you are far more likely to be seriously injured by a vaccine-preventable disease than by a vaccine.”

And now to address the lies circulating on the internet and by irresponsible media.
Is there a link between vaccines and autism?
There is no evidence of any link between vaccines and autism or autistic disorders. This has been demonstrated in many studies, conducted across very large populations. 350,000 people in the United States and 2 million people in the world have died from the disease, and it I accelerating.

Despite his study of only 12 children, the uncontrolled design and the speculative nature of the conclusions, the paper received wide publicity, and MMR vaccination rates began to drop because parents were concerned and outbreaks of the disease expanded in many countries. This was the beginning of the modern day anti-vaxxer movement.

Yes, as with any vaccine, including the annual flu shot, some people will have reactions more than a sore arm or a slight fever. A few may die. But this number is far lower than the number who will die without the vaccine. Does anyone today advocate the children not get the vaccine for polio or measles? A few anti-science vaccines do, but it is a minuscule number.

Just over 5 million people in the U.S. had received their first dose of a coronavirus vaccine as of, according to the CDC, and only a handful of reactions to them had qualified as anaphylaxis, a severe and potentially life-threatening allergic reaction. THERE HAVE BEEN NO DEATHS.

The first vaccines for prevention of coronavirus disease 2019 (COVID-19) in the United States were authorized for emergency use by the Food and Drug Administration (FDA) and recommended by the Advisory Committee on Immunization Practices (ACIP).

With the Pfizer, AstraZeneca and Moderna vaccines approved for use and distribution, healthcare workers in hospitals, clinics etc. and nursing home workers and residents are getting the first doses. Phase one has just rolled out with approximately 49 million persons, including frontline essential workers (non–health care workers) and persons aged ≥75 years are recommended to receive vaccine. Cuba has also developed a successful vaccine and will have the entire population of 12 million vaccinated in record time. By contrast the rollout of the vaccines and their administering has been criminally slow. Without a rapid increase in this, and 90% taking the vaccine, there will be NO herd immunity, and the pandemic will be circulating in the population a long time.
It is ironic that some politicians, the most outspoken calling it the “Covid hoax, rejecting mask wearing and statewide physical distancing at restaurants, etc. were the first to jump in the front of the line for the vaccines.

These included: rightwing republican Senate Majority leader Mitch McConnell and rabid anti-communist Florida senator Ted Cruz. SUCH HYPOCRISY. As these same people publicly disclaim science, denounce medical experts of the Center for Disease Control (CDC) they vote against financial assistance for working people, extension of unemployment insurance, a moratorium on evictions of renters and small businesses assistance. They reject physical distancing and mask wearing as a way to reduce the spread.
The government has the money to help the millions of unemployed, didn’t they just appropriate $686 billion for the military, and give them a 3% raise while stonewalling needed aid for individuals and small businesses?

Government Mistrust is Real and Justified. But trust the Science The widespread mistrust in the US government and its Democratic and Republican administrations is completely justified. They lie to the American people every day, violate the sovereignty of other people around the world such

as Cuba, Venezuela and Iran, engage in wars aimed at bolstering the profits of US corporations, have whittled away at meager environmental protections and a woman’s right to choose, and the list goes on. The CDC was erroneous in all of its recommendations at the beginning of the pandemic by failing to take it seriously, by botching the removal and dispersal of those with infections from the cruise ships, and bending to the pressure of the Trump administration by not countermanding and explaining how slowing the rate of infection through mask use and physical distancing was real. Their recommendations were often political, not medically sound due to pressure from the anti-science Trump administration.
However, science has prevailed in the ability to produce effective vaccines in China, Cuba, Britain, US, Russia.

A leading anti-vaccine organization, Freedom Angels 2.0 banners it’s Facebook with: “We Will Not Comply with Tyranny.” “Health officials are Tyrants.” Denise Aguilar, Co-Founder, advocates restaurants violating the take-out only code, advises on how to counter the teacher’s union demand of safe school opening by forming your own school. “Public health is Public Enemy #1.” We shall come to your area and help you organize for a fee…We will teach you firearm training, help in keeping your business open by blocking CDC staff.
The website is filled with conspiracy theories including that the pandemic is a communist conspiracy, the pandemic is no worse than the common flu and it promoted and spoke at the Jan 6 march and insurrection in Washington in support of Donald Trump.

“We are here to recruit you”, said one of its leaders Denise Aguilar. “We are done with bills. We are done with newsletters…we are boots on the ground, and it’s our responsibility to take our government back.”

Their rallies at the CA state capitol include Blue Lives Matter (Opposing protests against police killings), Proud Boys (Rightist pro-Trump conspirators), according to the 12.25 LA Times.
The for-profit hospital industry turns away those needing life-saving treatment after reducing capacities for years and nursing home residents are crammed into conditions that ensure rapid spread of the virus. Pharmaceutical bosses insist on the inviolability of their patents, motivated only by profit, guaranteeing large swaths of the semicolonial world won’t see vaccination for months, maybe years. Pfizer says its doses won’t reach millions in the U.S. until June or later, while other plants capable of producing the vaccine are not used.

Although acceptance of the vaccine is notching up, Black and Hispanic Americans — among the groups hardest hit by the coronavirus pandemic — remain among the most reluctant to roll up their sleeves.

Melanie Smith, head of analysis at Graphika, a social media analytics firm that tracks misinformation, said the fringe QAnon movement has gained influence with anti-vaccine communities online, boosting momentum and
pushing unfounded claims about Covid vaccines into the mainstream. She told the NY Times: “QAnon at its core is an anti-government conspiracy — and we are existing in a time where communication with governments is extremely important, particularly for public health — so you have QAnon turning its attention to vaccinations,” said Smith, who has been studying the intersection of vaccine misinformation and conspiracy
theories since the pandemic began. (One of the most popular political conspiracies in the U.S. right now, she noted, is that the vaccines implant a microchip created by Bill Gates for citizen surveillance.)

Other top Covid anti-vaccine theories include claims that the nation’s top infectious disease expert, Dr. Anthony Fauci, is directly profiting from Covid vaccines, and those who choose not to get the shots will be denied food stamps, according to social media analytics firm NewsGuard
The final message. Adhere to CDC guidelines to reduce infection rates, take the vaccine. Trust scientists not politicians. Publicly and actively we and our unions should campaign for free medical care for all, end the for profit “healthcare” system. Health care is a right not a privilege.

Mexican president thanks Cuba for sending doctors to fight the pandemic

Who Are The Real Terrorists?

Sixth anniversary of the release of the Cuban Five