Sep 6, 2022 Blockade, Cuba Against US Imperialism 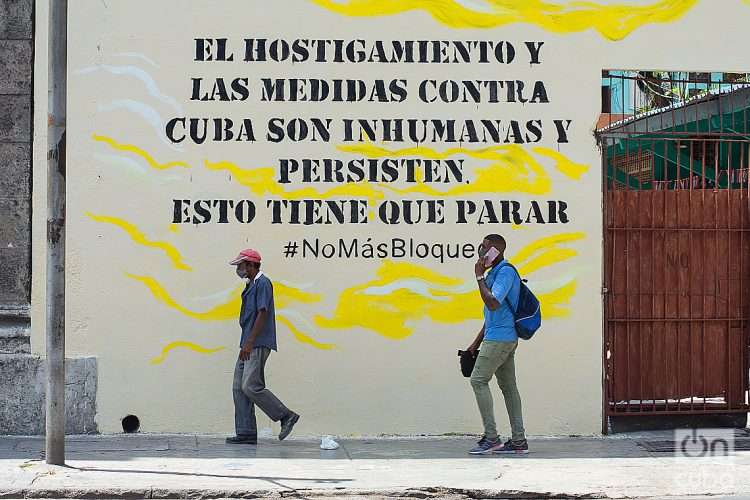 Both the island’s president and foreign minister rejected on Twitter the memorandum from the U.S. president that extends said policy until September 14, 2023

The Cuban government criticized U.S. President Joe Biden for renewing the Trading with the Enemy Act, a 1917 statute that maintains the economic embargo on the island.

Cuban President Miguel Díaz-Canel said on Twitter this Saturday that Biden “did not dare” to remove the “pretext” of the embargo against his country and “signed for the continuation of the blockade.”

Díaz-Canel added on that social network that “the crime has lasted too long, but the Cuban Revolution will survive it,” in response to the memorandum from his U.S. counterpart that extends said policy until September 14, 2023.

Cuban Foreign Minister Bruno Rodríguez also spoke along the same lines, maintaining that “Biden becomes the 12th president of the United States to ratify the framework that sustains the policy of abuse against Cuba and its people.”

The same, added the foreign minister, “is rejected by almost all the member countries of the international community,” according to EFE news agency.

Then President John F. Kennedy resorted to the statute in 1962 to impose the economic embargo on Havana and since then it has been renewed, year after year, by subsequent presidents, EFE recalled.

Cuba is currently the only country in the world sanctioned under that act that authorizes the U.S. president to impose and maintain economic restrictions on states considered hostile, the Spanish news agency added.

The embargo has been widely criticized at the international level and rejected since 1992 by a large majority of countries in the UN General Assembly, which year after year support a resolution presented by Cuba to condemn this policy.

Traditionally, only the United States and Israel, with the eventual support of some other country, oppose this resolution, which is not binding.

According to official estimates, the embargo has cost Cuba nearly $148 billion in losses over the past six decades.

Miami vs The Blockade