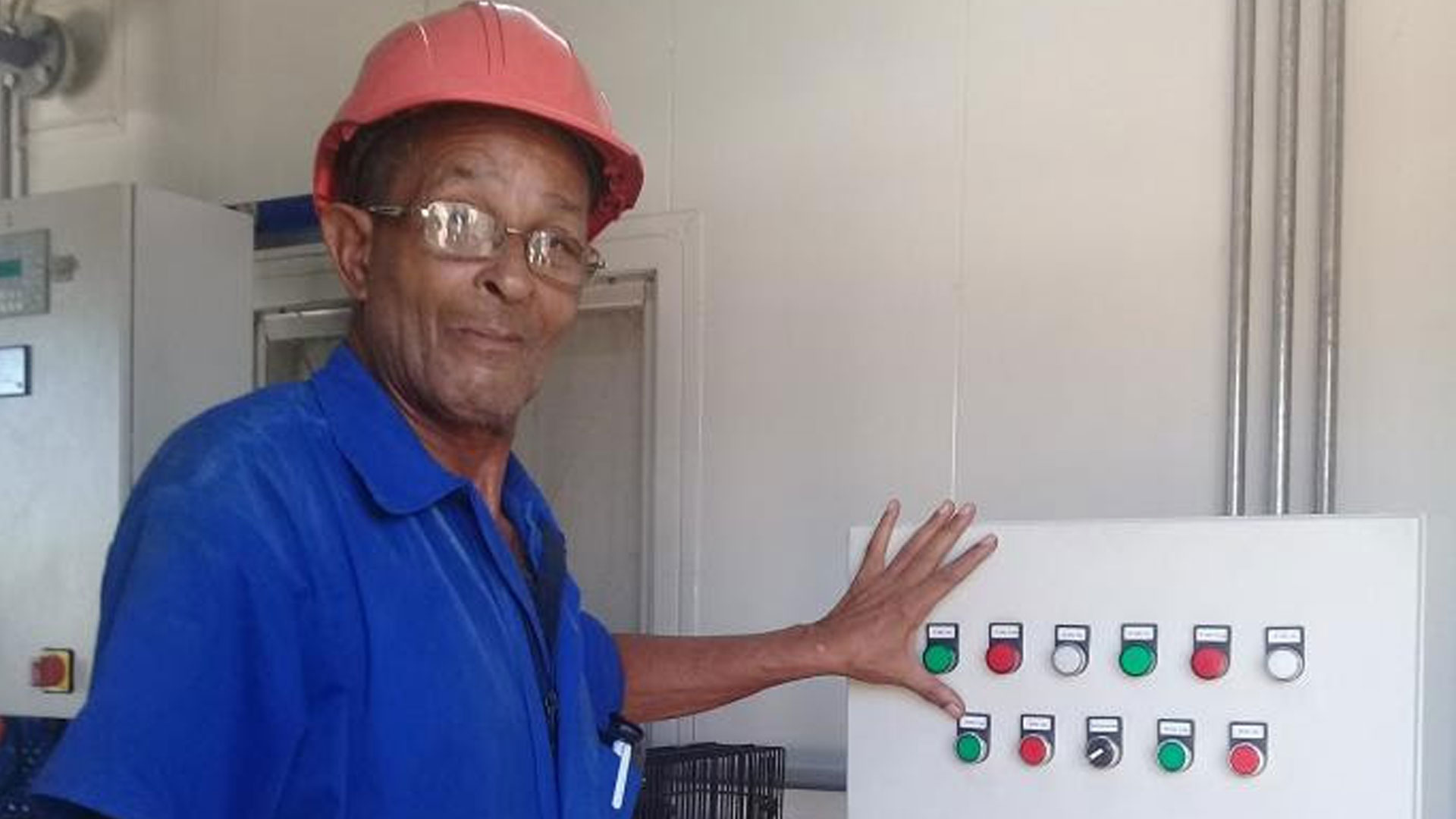 Translated and edited by Walter Lippmann for CubaNews.
https://walterlippmann.com/an-electric-angel/

Matanzas: Although blackouts annoy and provoke the most varied reactions, especially if they are repeated and at night, the people are grateful to the workers who work in the sector, and especially to those involved in the restoration of electricity.

Ángel Luis Valdés Cárdenas, a maintenance specialist at the José Martí Diesel Power Plant, located in the industrial zone of the capital city, a short distance from the Antonio Guiteras CTE, lives the gratitude for this daily effort in a very curious way.

“I am one of those who close the door of the house and hide when they turn off the power, because as soon as they see me, the people in the neighborhood start to protest: “look, this is the one to blame for the lack of electricity, that’s why we are like this now”, they say among other things.

“Everything, of course, is in a joking tone, because I know that deep down it is the way my neighbors express their admiration for my work and feel proud that an electrical worker lives in the community,” says the 66-year-old engineer, a resident of the Matanzas town of Juan Gualberto Gómez, in the municipality of Unión de Reyes.

After feigning that response of disgust, he admits, he is asked a thousand and one questions about the electric power situation in the province. “That is normal because everyone wants to know what is happening and how and when we are going to get out of this predicament.”

He assures us that the workers of his medium are not safe from the interruptions in the electric service either.

“Sometimes, when I leave for work at dawn, there is no power in town, and when I return I find the same situation. That’s hard because our job is precisely to provide electricity”.

Ángel Luis Valdés works at the José Martí site, since its commissioning in 2018, a plant that has 16 electric generators that operate with diesel, which is known as distributed generation.

Right now, he says, there are only ten in technical conditions to offer service, which contribute more or less about 12 megawatts between them all. He says the rest are shut down due to breakdowns or shortages of spare parts.

“I believe that at the beginning these types of equipment were subjected to overexploitation, since they are conceived as support to the Electric System, basically during peak hours, and for almost two years they were active 24 hours a day.

“According to technical requirements, after 6,000 hours of operation, the motor components must be replaced. All of them have already far exceeded that workload and none of them, as they say, has even had a screw changed.

“It is good to clarify that these machines are very expensive. The price of one injector (each engine takes 16) exceeds 20 000 euros, so it is not difficult to imagine how costly it is for the country to acquire them.”

He is pleased to emphasize the importance of distributed generation as a backup for thermoelectric power plants and maintains that, so far, the engines have not stopped for lack of oil.

“Undoubtedly, this is a great contribution,” he stresses. “If it weren’t for these engines, blackouts would be more frequent and prolonged.”

Ángel Luis Valdés, who previously worked for more than 20 years in the mechanical industry, must travel daily to the José Martí site in the city of Matanzas, some 50 kilometers from his native Sabanilla.

Dressed in his blue overalls, he can be seen going from one end of the plant to the other, attentive to every detail and to any setback that could alter the correct operation of the equipment.

-What is the life of an electrical worker like?

“I admire and raise both hands for the personnel in Health, Education and many other specialties, but I love what I do and I feel great joy for our contribution to the country’s economy and the tranquility of the people.”

Cuba: Pinar Del Rio Rises up Thanks to Solidarity after Ian’s Passage