Why are both Republicans and Democrats so obsessed with Cuba? 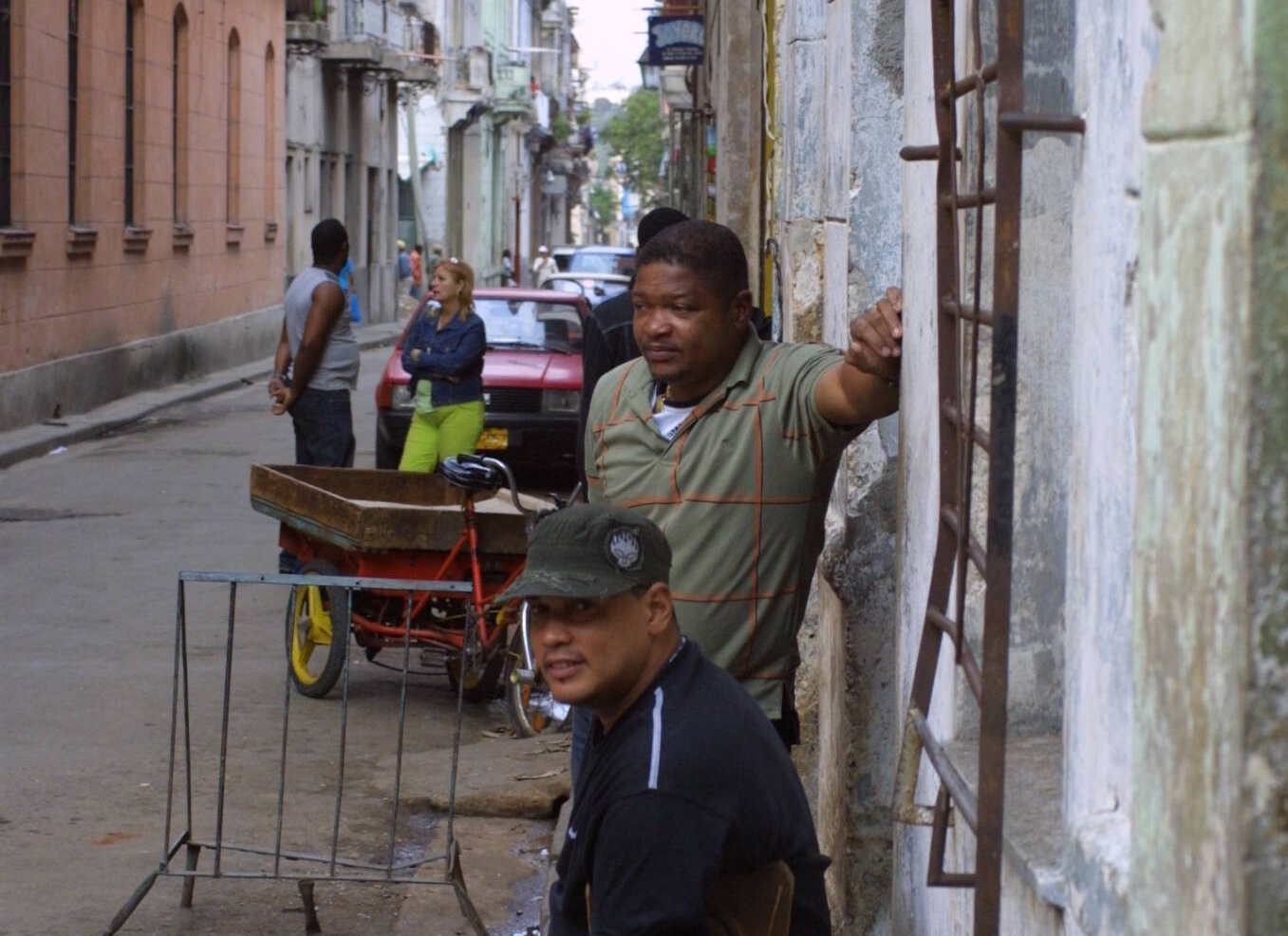 After more than 60 years, the US is still trying to overthrow the government of a small island nation that is no threat to us.

US Senator Marco Rubio (R-FL) appears to be obsessed with Cuba. Every few days he takes to social media or makes remarks to the press about his desire to overthrow the Cuban Revolution. In recent months, Rubio has played a key role in drumming up support for anti-government protests in Cuba. On September 23, 2021, for instance, Rubio tweeted, “The brave people of Cuba lost their fear of protesting against the dictatorship that represses them. Holguín raises its voice against tyranny.” Rubio included an article about the Cuban town of Holguín in his tweet, where “a group of Cuban citizens” are planning to hold a “march against violence” on November 20. This article appeared in Diario de Cuba, a news site based in Miami, Florida, which from 2016 to 2019 received substantial funding from the National Endowment for Democracy, an independent nonprofit that is largely funded by the US Congress

A quick study of the Diario de Cuba website reveals that it regularly publishes news relating to Marco Rubio’s views against the Cuban government. According to the Diario de Cuba article shared by Rubio on the November 20 march, the initiative has been promoted by a group called Archipiélago that proposes to carry out such peaceful demonstrations throughout Cuba. Rubio has extended his support for the march and on September 29 tweeted about a request by the citizens of Guantánamo seeking similar permission to hold a march on November 20. In his tweet, he shared an article from the news site CiberCuba, which is operated from Florida and Spain.

There are several other news sites reporting on Cuba that are funded by the United States government and by foundations like the Open Society and NED, including ADN Cuba, Cubanos por el Mundo, Cubita NOW, CubaNet, El Estornudo, Periodismo de Barrio, Tremenda Nota, El Toque, and YucaByte.

A wide range of these US government-funded websites and politicians like Rubio have been leading the propaganda to support more protests in Cuba. On October 5, the Biden administration provided support to this agenda. Assistant Secretary of State for Western Hemisphere Brian Nichols tweeted, “The fight for a free press and free expression continues in Cuba.” Meanwhile, during an event hosted by Georgetown Americas Institute, Juan Gonzalez, the senior director for the Western Hemisphere at the National Security Council, criticized the Cuban government for arresting artists and protesters. “[W]hen you put artists in jail for singing and for demanding freedom, there’s something wrong with you,” he said.

On October 9, the US Embassy in Havana issued a statement that criticized the Cuban government’s decision “to hold military exercises throughout the country on November 18 and 19, ending on November 20 with National Defense Day,” calling it “a blatant attempt to intimidate Cubans.”   The Cuban government holds this regular exercise to prepare its 11 million citizens for multiple scenarios that range from a possible US invasion to natural disasters. Normally military personnel, the civil defense forces, and members of the general population participate.

To counter this announcement, Archipiélago announced on its Facebook page that the march would now be moved to November 15 (from November 20), the day Cuban authorities are expected to open its border to tourism. Meanwhile, several US government officials and elected officials gave their support to what is now being called the 15N March.

The first wave of support came from the US elected officials—most of them children of Cuban exiles—who have publicly committed themselves to overthrowing the Cuban Revolution.   On October 10, Florida Congresswoman María Elvira Salazar gave her support for the 15N March. The Biden administration, she told the host of a news program on a Miami television channel, must provide Cuban protesters with clandestine internet access. Two days later, on October 12, Senator Rubio criticized the Cuban government for censoring news about the march, while on October 15 Florida Congressman Carlos Giménez, the child of Cuban parents who were landowners before 1959, also tweeted in support of the march. Giménez included an article from the Hill in his tweet that referred to 15N as a “civil liberties protest.” Florida’s other senator, Rick Scott, joined Rubio in tweeting that the U.S. government “can’t sit on the sidelines during this fight for freedom in Cuba.” Scott has introduced a bill in the Senate to increase economic sanctions on Cuba. Meanwhile, the Cuban government denied permission to Archipiélago to hold the march on November 15.

Soon after, on October 16, the State Department published a statement that condemned the Cuban government’s decision to “deny permission for peaceful protests.” State Department spokesperson Ned Price tweeted on October 16 about the U.S. support for “peaceful assembly” by the Cuban people, which was retweeted by the U.S. Embassy in Havana on the same day. On October 17, Nichols also tweeted about the Cuban denial for the 15N protest. This was retweeted by the UA Embassy in Havana and by Bradley Freden, interim US permanent representative to the Organization of American States.

On October 20, Nichols shared a Human Rights Watch report on the July protests in Cuba to once more criticize the government for preventing peaceful marches. Two days later, on October 22, Gonzalez warned that the US would have to take action if Cuba does not allow the 15N protest to take place.

The atmosphere is charged. The US government and right-wing Cubans who are in the Congress have tried to define the terrain for events in mid-November in Cuba. They will ramp up pressure to overthrow the government.

In April 2021, the National Security Archive declassified some Central Intelligence Agency top-secret documents about Cuba. These documents showed that in July 1960, the US government planned to assassinate Raúl Castro by paying a Cubana Airlines pilot to crash his plane. High-level CIA officials who were part of the agency at the time (former CIA Deputy Director of Plans Tracy Barnes, former CIA head of the Western Hemisphere Division J.C. King and a former CIA officer in Cuba William J. Murray) worked with the Cuban pilot (José Raul Martínez) to ensure a “fatal accident” that would lead to the death of Raúl Castro. The pilot, however, never found the “opportunity” to carry out such an accident.

The attempt on Raúl Castro’s life is one of many projects by the US government to overthrow the Cuban Revolution, including 638 attempts to assassinate Fidel Castro and the invasion at the Bay of Pigs in 1961.

Reading the CIA documents from 1960 onward, most of which are available in the CIA reading room, shows how cliched—and yet dangerous—the attempts to overthrow the Cuban Revolution by the US government have been. The buildup to 15N bears all the marks of this history, one ghoulish plot both cooked up in and executed by Washington and Miami.

Manolo De Los Santos is a researcher and a political activist. For 10 years, he worked in the organization of solidarity and education programs to challenge the United States’ regime of illegal sanctions and blockades. Based out of Cuba for many years, Manolo has worked toward building international networks of people’s movements and organizations. In 2018, he became the founding director of the People’s Forum in New York City, a movement incubator for working-class communities to build unity across historic lines of division at home and abroad. He also collaborates as a researcher with Tricontinental: Institute for Social Research and is a Globetrotter/Peoples Dispatch fellow. He is a co-editor of Comrade of the Revolution, available from 1804 Books and LeftWord Books.

Vijay Prashad is an Indian historian, editor and journalist. He is a writing fellow and chief correspondent at Globetrotter. He is the chief editor of LeftWord Books and the director of Tricontinental: Institute for Social Research. He is a senior non-resident fellow at Chongyang Institute for Financial Studies, Renmin University of China. He has written more than 20 books, including The Darker Nations and The Poorer Nations. His latest book is Washington Bullets, with an introduction by Evo Morales Ayma.