Cuba Grows and Advances Despite the Difficulties of 2021 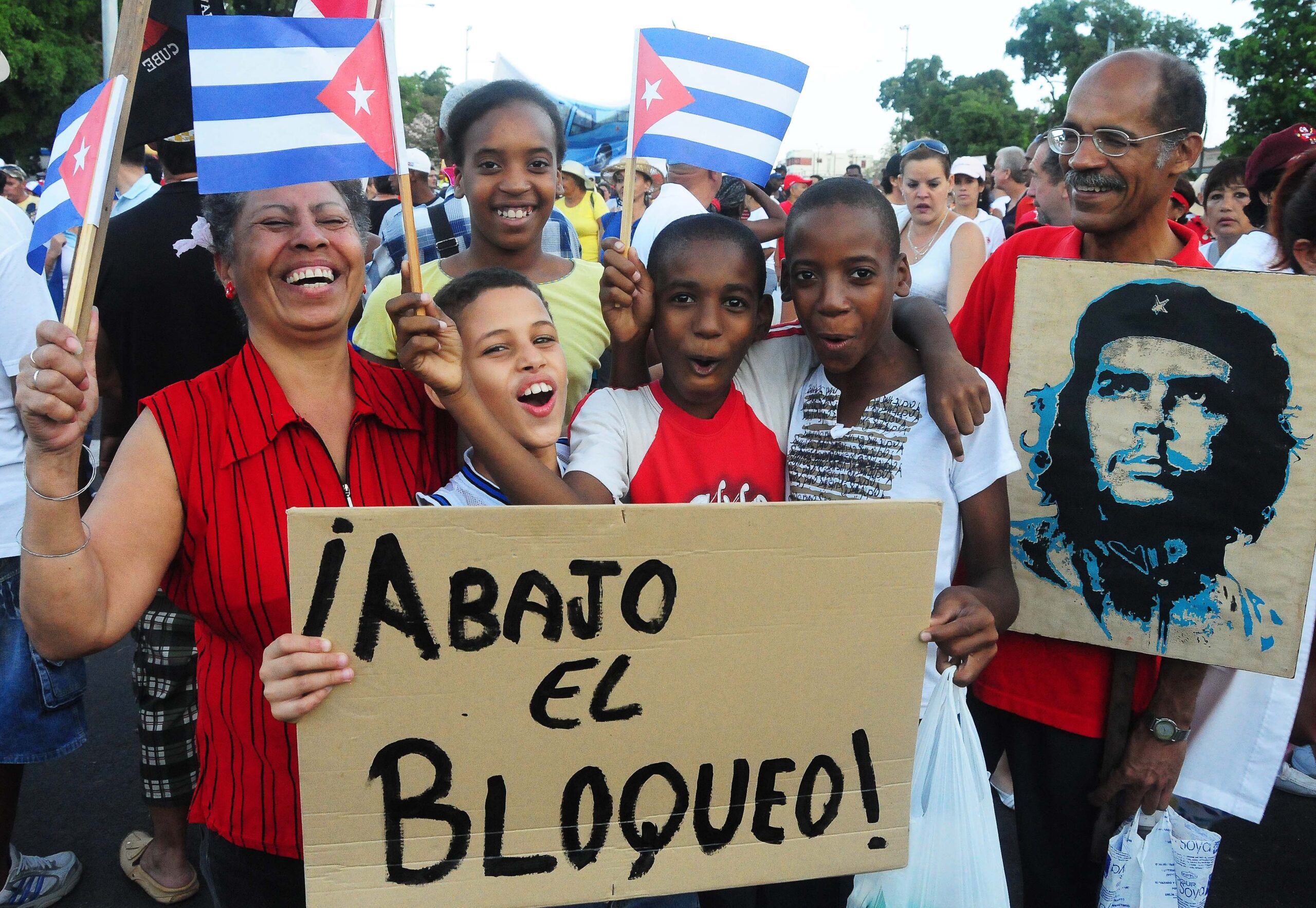 By Alejandra Garcia and Gustavo A. Maranges on December 30, 2021, from Havana

This 2021 has been the most difficult year for the Cuban people. In addition to the ravages of the blockade, thousands of people died due to the Covid-19. The list was immense, and as the days went by, names became familiar and beloved faces. Moreover, it was also a year of economic readjustments and changes needed to move the island towards a possible and sustainable development over time.

The changes, the deaths, and the pandemic came at a time when the world economy suffered the strongest recession since the years of the Second World War. Cuba suffered double this new crisis since it had already been dragging around the chains of an unjust financial blockade for decades, which between April 2019 and December 2020 alone caused over nine trillion dollars in losses.

We arrived in 2021 with thousands of shortages, after almost 12 months of fighting a silent and deadly disease, which forced the authorities to prioritize the medical care of those infected with Covid-19 above everything else. Thus, long lines of people waiting to buy food and medicine became a common part of our daily lives, amidst a tremendous scarcity of basic goods.

These have been months of struggle, of pain, but also of overcoming the greatest adversities. Despite so many shortages, Cuba managed to develop three vaccines with proven effectiveness against the virus, a feat impossible for any other Latin American nation and very few developed countries in the world for that matter.

The Cuban scientific community, along with the Ministry of Health and Cuban authorities, worked tirelessly to develop our own immunizers “because we knew, from very early on, that no country in the world was going to want or be able to sell us vaccines, because of the blockade,” said President Miguel Diaz-Canel, almost in tears, during one of his many television presentations to the population this year.

Thanks to our stubbornness and our will to achieve the impossible that is linked to our history, in March of this year, the island became the first Latin American nation to start its vaccination campaign against the disease caused by SARS-CoV-2 with vaccines of its own: Abdala, Soberana 02, and Soberana Plus. As of today, 85 percent of the Cuban population is fully immunized against the COVID-19, among them the entire pediatric population, which makes Cuba the only country in the world to achieve this milestone. Likewise, over one million Cubans have received an additional boost dose, a fourth one.

There are many beloved names on the long list of Covid-19 victims other than the family members: Garnier, Enrique Molina, Adalberto Alvarez, Giraldo Gonzalez, and so on. But the numbers could have been much bleaker if it were not for science and the willingness of Cuban authorities not to leave anyone unprotected.

Another defying challenge for Cuba this year was the reform of its entire economy. Major changes were taken ahead in the financial and economic order of the island. Salaries were increased by several times, the Cuban peso became the only legal currency after the elimination of the CUC (a US dollar equivalent currency implemented in the nineties), the private sector activities were broadly extended, and the state’s regulation over the economy was loosened, except for public services, which remained as a symbol and cornerstone of the humanitarian character of the Revolution. The purpose of this transformation was to make Cuban socialism more efficient and sustainable given the current international context. However, things did not go completely as expected.

By the middle of the year, Cuba went through a pandemic peak, and many industries were running at the minimum of their capacity. All this, together with some internal obstacles and mistakes, and the unfavorable international economic context, determined that the reform was not as successful as it was planned. Inflation grew constantly, hitting Cubans’ pockets hard, as shortages continued. Therefore, many claimed the reform had failed, but this is not true.

A critical reading of this process is that, despite its odds, it kept the Cuban economy afloat, since there were no chances for Cuba to survive the pandemic without it, experts said. As of today, inflation is on the rise, but many Cubans still have a bigger spending capacity, especially those from the public sector, which still account for the largest part of Cuba’s working population.

Taking advantage of this adverse situation and the fatigue and pain of the Cuban people, the United States government fostered scarcity and shortages in Cuba with Covid-19 as its ally. President Joe Biden blatantly went back on his promise of reviewing and changing the murderous Trump’s policy towards the island. But on the contrary he chose to keep applying sanctions and even impeded shipments of humanitarian aid and medicines to Cuba in the most sadistic fashion. But, Cubans knows their history with the US and do not expect much more from a system that cares little more than nothing for the health and welfare of its own citizens.

At the same time, the Biden administration allocated millions of dollars from American taxpayers to oil the decades-old subversive machinery. It was the second part of the strategy to overthrow the Cuban Revolution during its most vulnerable period since the ’90s. The communicational war against Cuba was intensified, and counterrevolutionary propaganda, fueled by the delicate internal situation of the country, filled social media.

The anti-Cuban politicians, mainly from Florida, and the international right joined forces to create a picture of internal chaos in Cuba, precisely when the country was going through the worse days of the pandemic. Thousands of bots were bought for the occasion, and the humanitarian aid fake speech card was played again; sadly, not a few believed them. This led to demonstrations in over a dozen of cities around the country on July 11th. Curiously, the main ones were almost simultaneous; it was all fixed to be that way, and it is undeniable, despite the mainstream media efforts for calling them “spontaneous”.

Biden saw himself as the new Reagan and wrongly thought this was the perfect time to take down the Caribbean Berlin Wall. However, he and his advisers missed a thing, the one that saved the Revolution: Cubans’ revolutionary spirit and historic determination to win or lose by themselves.

The destabilization maneuver did not succeed, neither the cheap screenplay copy they tried to play in on November 15th. By then, Cubans have reaffirmed that those who vowed to defend them from Florida and the White House do not care about them at all, and are only looking for the next chance to erase the Cuban example.

After the July 11 protests, the Cuban government worked tirelessly to address the flaws in their job that contributed to the situation, because only wise men correct their mistakes, as Cubans used to say. Cuban Foreign Minister Bruno Rodriguez became very active in denouncing the destabilization attempts against his country and offered irrefutable evidence of the hypocrisy of the United States government and its role as the starring character in the destabilization attempts against Cuba. He also thanked all Cuba’s friends who stood firm, shoulder to shoulder with the Cuban people in the darkest moments.

International solidarity has been crucial for Cuba throughout its history, and so it was in 2022. Countries like Mexico, Venezuela, Nicaragua, Bolivia, and Russia backed Cuba when many fell before US economic blackmails and lies. However, the most genuine and important contribution came from people. In the United States, Canada, Europe, Australia, Argentina, and many other countries, people rejected their politically biased government’s positions and defied the embargo to send not only food and medicine but love and hope, something that no one would ever be able to block.

Thanks to the diligence of our immunization campaign, cases plummeted and Cuba was able to reopen its doors to tourism on November 15th. The same day that the US government was trying to bury our social project for the second time in a couple of months, the Cuban people took the initiative and won another battle for this endless war. On that date, thousands of children, adolescents, and young people returned to school after a year and a half of remote learning. Businesses and stores reopened, and the island recovered its normalcy as much as possible.

Yes it was a hard year, but we overcame every obstacle with our usual creativity. The challenge was gigantic but even greater was Cuba’s determination to get through everything. Now, we look to 2022 in defiance, but with a ray of hope, since we have learned a lot and in knowledge is strength.

“The pandemic was something new for Cuba and the world, but the country’s response was extraordinary, and when I speak of the country, I am referring to the people and the talent of Cubans. All the potential of our health system is thanks to the Revolution,” Díaz-Canel said.

It was a year to remember and a reminder that defending our revolutionary principles continues to be how we will prevail. Adelante!