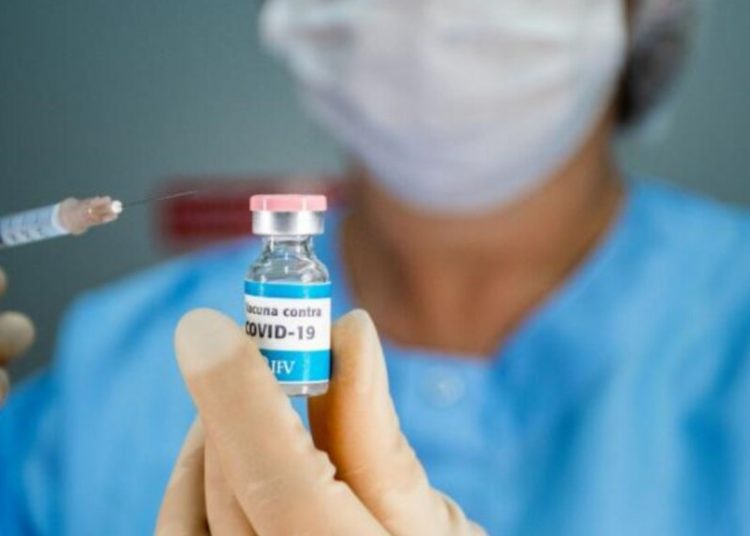 The president of BioCubaFarma and the general director of the Finlay Vaccine Institute (IFV) gave an overview of the current state of Cuban vaccine candidates in the Mesa Redonda TV program.

The president of the Biotechnologic and Pharmaceutical Industries Group (BioCubaFarma), Eduardo Martínez Díaz, affirmed this Thursday in the Mesa Redonda TV program that Cuba has sufficient capacities to produce different amounts of vaccines and begin the campaign that will immunize the entire population.

The specialist said that the four Cuban vaccine candidates are doing well, even though it is not possible to speak of their complete effectiveness until the planned studies are completed.

He highlighted, on the other hand, that they use technological platforms that have demonstrated safety and effectiveness in previous vaccines. And also that a variant can be dedicated to different population groups, such as convalescents, and that different doses are evaluated based on age.

Another of the potentialities of Cuban vaccines is that they require a freezing temperature of only two to eight degrees, and given the appearance of new variants of the coronavirus, they can include successive booster doses, he stressed.

He also said that only 108 million doses of vaccines have been applied in the world, just over 1% of the population, and that it has been concentrated in thirteen countries, which is why there are not enough quantities available at the moment.

The prices range from $10 to $35 a dose and must be lowered for the poorest countries to have access, he insisted. Cuba has been betting on a vaccine since the epidemic in China emerged, when the strategy began to take shape. As COVID-19 became a pandemic, this process was accelerated.

Finally, he explained that the four vaccine candidates use the same Receptor Binding Domain (RBD) antigen and that they were shown to have an immune response and the ability to inhibit virus entry.

For his part, Doctor Vicente Vérez Bencomo, general director of the Finlay Vaccine Institute (IFV), announced that in April the first million vaccines of that Center should be produced, and that the studies in the Soberana 01 and Soberana 02 vaccine candidates are advancing in order to achieve a generation of antibodies that prevent the virus from entering the cell.

In the case of Soberana 01, he said, three formulas were designed. In the trial with 60 people, divided into three groups, the vaccine was shown to be very safe: between 80 and 90% of those who received it had an induction of antibodies against the virus. Those who received a third dose increased to 95% their ability to generate antibodies with very high levels of neutralization, he added.

Based on this, he said, it is possible to enter Phase II-III scheduled for March, which should involve between 40,000 and 50,000 people and will have a placebo group. On its part, in its Phase I Soberana 02 showed safety and efficacy in terms of generating antibodies: more than 70% of the patients presented a strong response to the first dose.

Phase II-A included a population of up to 80 years of age with a very similar response even up to the second dose. He said they received authorization for Phase II-B with 810 participants, in which there are placebos, around 700 received the first administration of the product.

He added that they are currently designing Phase III of Soberana 02, also for March and with placebo, and that it will be implemented in the province of Havana in around 42,000 people.