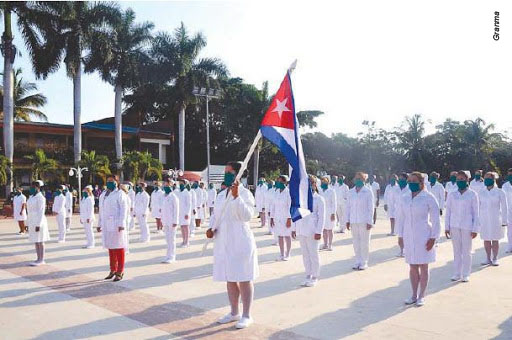 HAVANA, Cuba (CMC) — A proposal to award the 2021 Nobel Peace Prize to a contingent of Cuban doctors who specialize in disaster situations and serious epidemics, has been endorsed by four members of the British Parliament.

According to the official site of the Cuba Solidarity Campaign in the United Kingdom, the four members of the House of Commons – Paula Barker, Ian Byrne, Dan Carden, and Kim Johnson, highlighted the humanitarian aid provided by Cuba and the Henry Reeve International Contingent of Doctors.

With the four formal nominations of the legislators, 16 requests submitted by British parliamentarians are accumulated, to which another eight were sent by academics from the United Kingdom.

Nominations for the Nobel Peace Prize have a deadline of January 31 of each year and can only be made by parliamentarians, academics, awardees, judges of international courts, and active or retired members of the Committee.

The Cuban Ministry of Foreign Affairs said that, since its creation in 2005, the Henry Reeve International Contingent of Doctors Specialized in Disaster Situations and Serious Epidemics has saved hundreds of thousands of lives in areas of Africa, Latin America, the Caribbean and Asia, which have been hit by earthquakes, hurricanes, floods and epidemics.